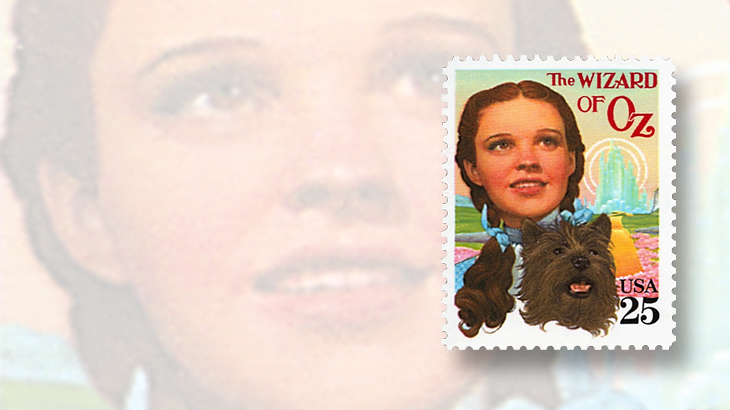 The Wizard of Oz was one of two movies directed by Victor Fleming honored in the 1990 set of four Classic Films stamps.

American film director Victor Fleming was born Feb. 23, 1889, in Pasadena, Calif. His many films include the silent film Lord Jim (1925) with a cast that included Duke Kahanamoku, The Virginian (1929) starring Gary Cooper, and Captains Courageous (1937) with Freddie Bartholomew and Spencer Tracy.

Fleming’s greatest successes, however, came in 1939, when he directed two films that were destined to become cinematic classics: The Wizard of Oz and Gone With the Wind.

Fleming was one of five directors involved in The Wizard of Oz, but guided the vast majority of the film sequences. He then took over direction of Gone With the Wind after George Cukor was taken off the project three weeks after filming commenced.

For Gone With the Wind, Fleming won the Academy Award for best director in the 1940 ceremony. He died in 1949, and received a star on the Hollywood Walk of Fame in 1960.

The Classic Films commemorative set of 1990 featured The Wizard of Oz and Gone With the Wind as two of the four film subjects on the 25¢ stamps (Scott 2445-2446).