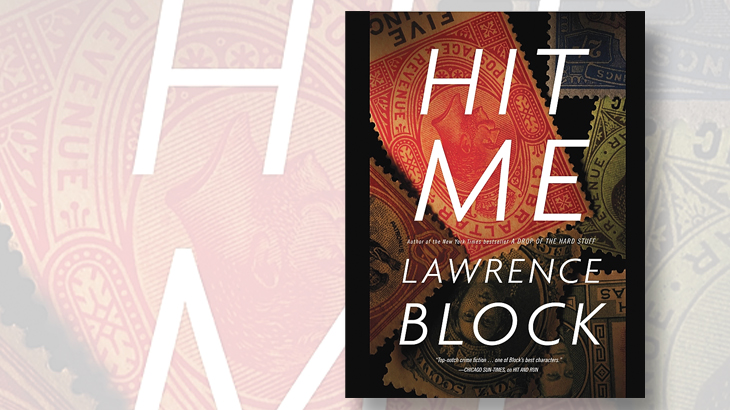 Lawrence Block's 2013 book Hit Me is the fifth in a series about Keller, a hit man who collects stamps.

The suspenseful adventures of Keller, a hit man by trade, have been chronicled by Block in five different books known collectively as “Keller’s Greatest Hits.” The first, Hit Man, was published in 1998. The engaging sequels are Hit List, Hit Parade, Hit and Run, and 2013’s Hit Me.

Stamp collecting plays a role — often a major role — in each book. There is good reason for that: Block himself has been a stamp collector for many years. He authored the Linn’s Stamp News column Generally Speaking from 2009 to 2012, and created a compilation with the same title by gathering many of those articles in e-book form.

In this new interview, Perry and Block discuss stamp collecting and other subjects related to Block’s writing. Perry reports that Block will appear at World Stamp Show-NY2016 in New York City at the end of May to talk about Keller and stamps.

Block's many other books include A Walk Among the Tombstones, which was adapted for film in 2014, starring Liam Neeson as private detective Matt Scudder.