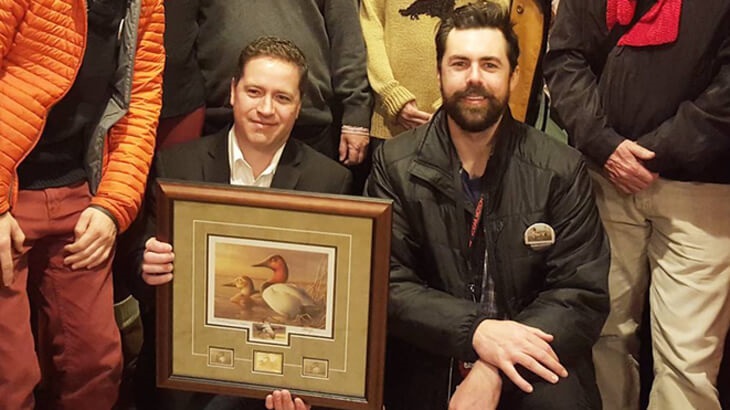 Artists and crew moments after the World Premiere 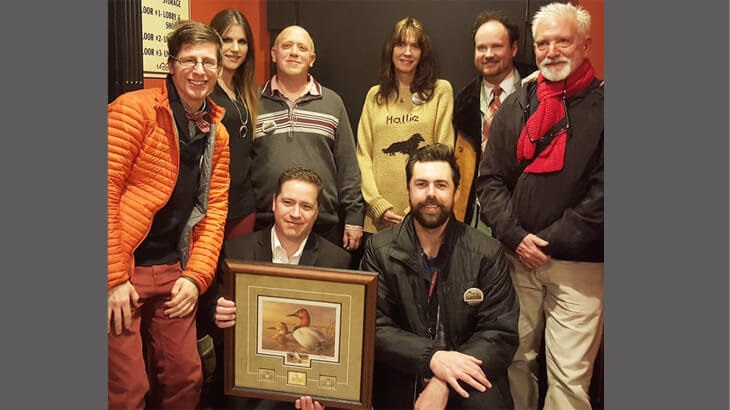 Brian G. Davis (front row, right), director of “The Million Dollar Duck,” poses with wildlife artists and crew members at the world premiere of the documentary Jan. 24 at the Slamdance Film Festival in Park City, Utah.
Previous
Next

The Sundance Film Festival in Park City, Utah, takes place each January and is one of the country’s most coveted gatherings for independent film makers, movie buffs, and big-spending film studios.

The Slamdance Film Festival, which takes place in the same city at the same time, might not be as well-known in the general public, but stamp collectors will likely take note of it going forward.

That's because during its latest edition, a stamp-based film was showcased.

The contest is a national spectacle, and artists work tirelessly to create stamps to submit in the competition. The film follows five artists as they work toward being honored in the what many call the “Olympics of wildlife art.”

Read more about the movie on its official website.

The Slamdance exposure might have paid off. Rights to the documentary have been bought by Lionsgate and Discovery.

2. These timeless stamps are intriguing