Naval covers as a byway of first-day cover collecting 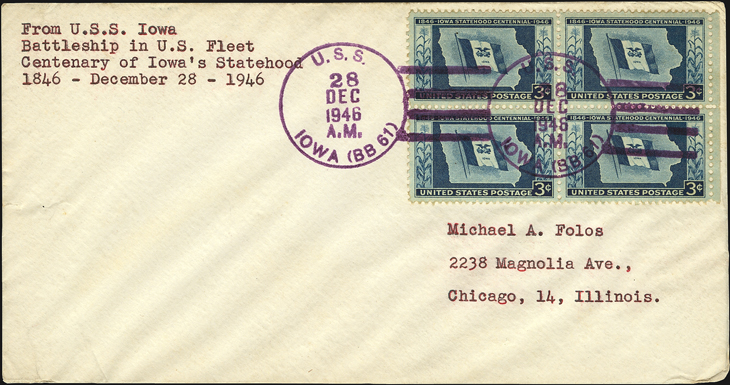 The Iowa Statehood Centennial commemorative stamp on this cover matches up nicely with the battleship USS Iowa’s cancellation, on the date of the state’s entry into the Union. This is not a first-day cover. 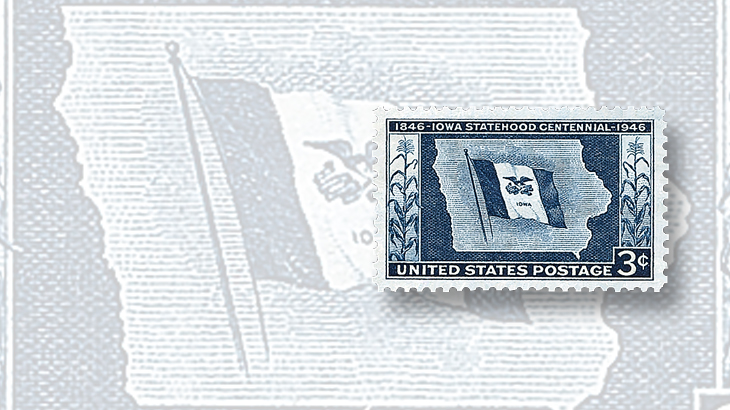 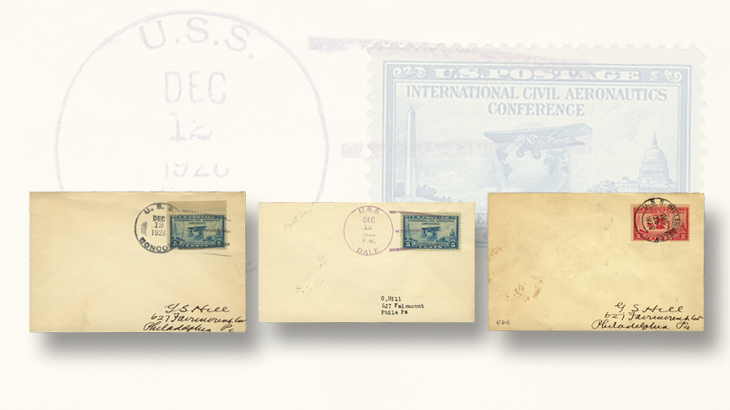 These first-day covers for the 2¢ and 5¢ Aeronautics Conference stamps issued Dec. 12, 1928, were canceled aboard three different United States Navy ships, then in Philadelphia, not in the first-day city, which was Washington, D.C.
Previous
Next

First-day cover collecting certainly has many byways, and I like to go back to it every so often because it is one of my roots in the stamp hobby.

I recall with pleasure sending off for FDCs (with the help of my father) in the late 1940s and early 1950s.

My FDC collecting today has gone into some of those niche areas, and this column has covered some of them in the past: FDCs created by members of Congress, FDCs with commercial enclosures, and FDCs with cachets by nonphilatelic organizations that are connected to the subject of the stamp being issued.

Another of my collecting areas is Navy ship-canceled FDCs, and non-FDC Navy ship cancels that relate to the subject of a stamp.

This is a relatively new direction for me, and I don’t have many such covers, but they are certainly fun to look for and find.

An example of the non-FDC is shown nearby. This cover is franked with the 3¢ Iowa Statehood Centennial stamp issued Aug. 3, 1946 (Scott 942). The cover is canceled Dec. 28, 1946. That is the date, 100 years earlier, that Iowa entered the Union. Why the stamp was issued almost five months earlier I don’t know.

The USS Iowa (BB61) was one of the last battleships constructed. The ship was commissioned on Feb. 22, 1943, and finally decommissioned in 1990.

The USS Iowa serves as a maritime museum at the Pacific Battleship Center at the Port of Los Angeles.

Two of the three FDCs have Philadelphia backstamps. All are addressed to George Hall in Philadelphia.