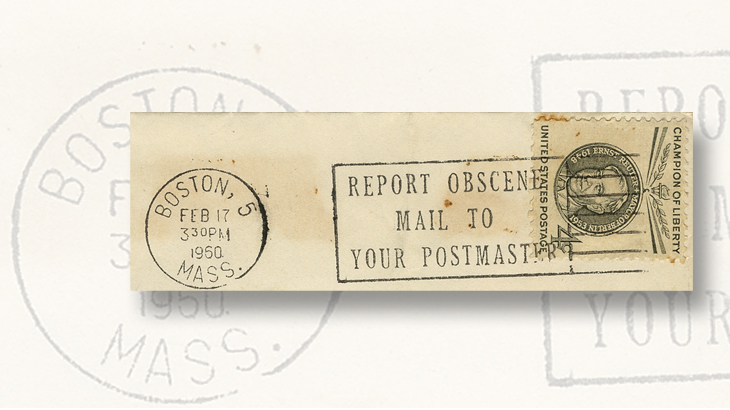 Prior to today’s computer-printed cancellations, mail had character provided by slogan cancels, such as this 1960 example warning about obscene mail. 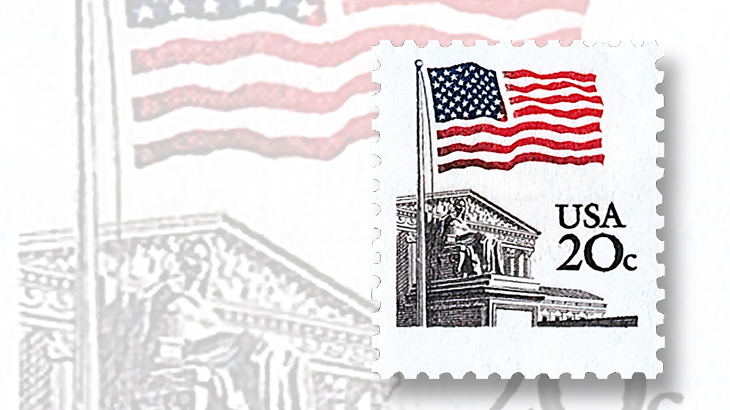 A genuine example of the 1981 Flag Over Supreme Court stamp. 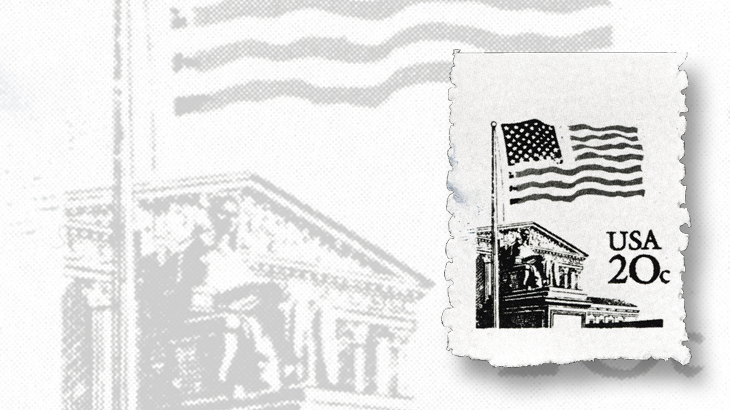 The 20¢ Flag Over Supreme Court definitive of 1981 was counterfeited for use on advertising mail. This black-and-white photograph of a counterfeit stamp seized by the Postal Inspection Service was taken by Linn’s in 1991.
Previous
Next

Today’s mail lacks the character of the olden days, when an array of slogan cancellations graced each day’s incoming mail. Now it’s computer-printed facts about the origin and date of the mail.

An example of the old-style cancellation is shown nearby: “Report Obscene Mail to Your Postmaster.” This cancellation is graphically cropped from a letter to a female college student in 1960.

Ray Cartier, who sent the cancellation to Linn’s, wonders if the youth of the 1950s took the warning seriously.

There is actually one piece of such mail I would love to see, and the reason has nothing to do with the contents.

A major focus of philatelic study for me is United States postal counterfeits. A five-frame exhibit containing most known examples will be shown at the American Philatelic Society’s annual convention Aug. 4-7 in Portland, Ore.

The exhibit combines the collections of material that belongs to me, to Richard Drews, and to Joann and Kurt Lenz. An earlier version of the exhibit became the basis for the Scott Specialized Catalogue of United States Stamps and Covers listings of U.S. postal counterfeits, first included in the 2013 edition.

This mail-use definitive stamp was current when a pornographer in California decided to send out mail advertising his wares.

He used a crude counterfeit, easy to identify because the perforations are rough, and the print is of inferior quality. Yet it was good enough to get by cancellation machines and some mail handlers.