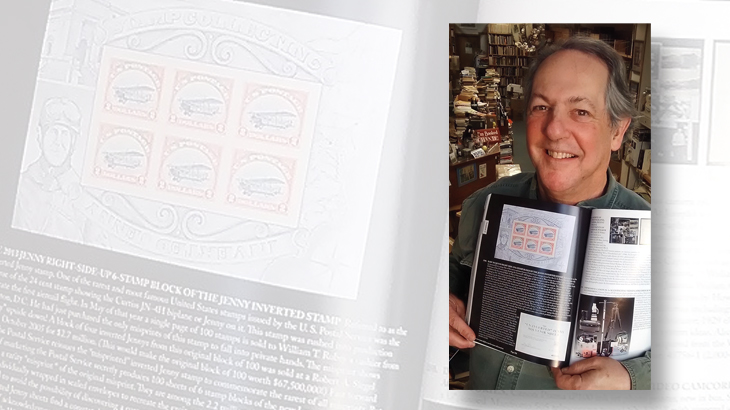 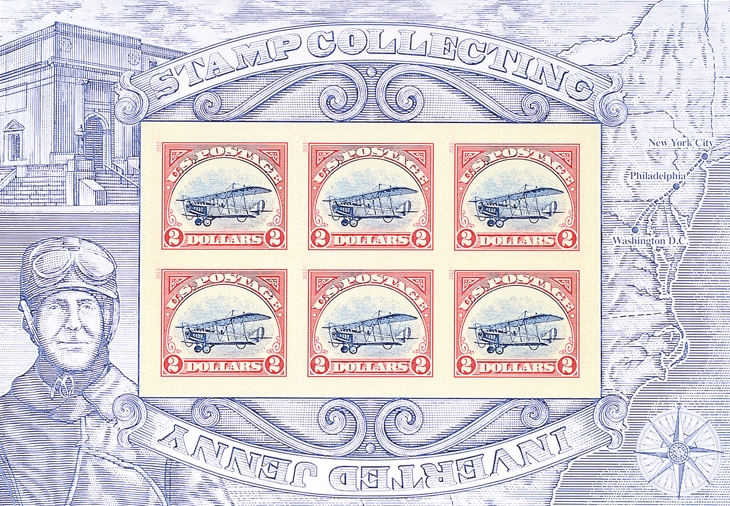 This upright variety of the $2 Jenny Invert pane of six was purchased in a Maine post office last September. It was auctioned to an unidentified buyer during the Feb. 3-5 sale conducted by James D. Julia Auctioneers. Photograph courtesy of James D. Julia
Previous
Next

Another one of the upright $2 Jenny Invert panes of six has been sold at auction.

The example found by Maine bookseller Robert Sezak was consigned to James D. Julia Auctioneers in Fairfield, Maine, and sold during the firm’s Feb. 3-5 Fine Art, Asian, and Antiques auction.

Details of the sale were first reported by Peter McGuire on centralmaine.com.

He told Linn’s Stamp News last November that the pane of the upright variety he discovered was among a purchase of 25 panes he made locally in mid-September.

He’s not a stamp collector, but Sezak learned about the upright Jenny Invert variety after seeing a notice in the post office and chatting about it with a postal clerk.

As a promotional scheme, the United States Postal Service intentionally created 100 panes of the upright variety of the 2013 $2 Jenny Invert issue (Scott 4806)

Sezak’s discovery was No. 24 out of 100, according to a tally maintained by the Postal Service.

The $50,000 realization on Sezak’s pane is in the same ball park as other auction results that have been reported.

Sezak attended the James D. Julia auction in person, and told Linn’s that while multiple bids were placed for the rarity, none originated from the auction floor, so the identity of the winning bidder is not known.

All in all, it’s a nice return on a $12 investment, and Sezak wouldn’t mind if it happened again.

“I am still buying the Jenny stamp as I use them for postage on my book orders,” he said.