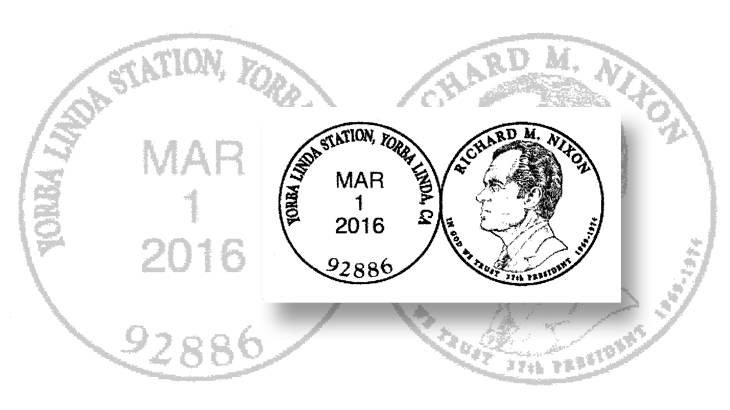 A pictorial postmark from Yorba Linda, Calif., commemorates President Richard Nixon with a design showing the obverse of the $1 Nixon coin.

For previous dollar coins in the Presidential series, the Mint has been offering commemorative covers postmarked with a similar pictorial cancel and holding two examples of the new coin. The postmark date has been described by the Mint in those examples as identifying the date of issue for the commemorative cover.

Part of the postmark design is styled after the obverse of the new coin, which shows the former president in profile facing left. Along the bottom edge of the design are the words “In God we trust,” and “37th president 1969-1974.”

To obtain the Richard Nixon postmark, address your requests to: