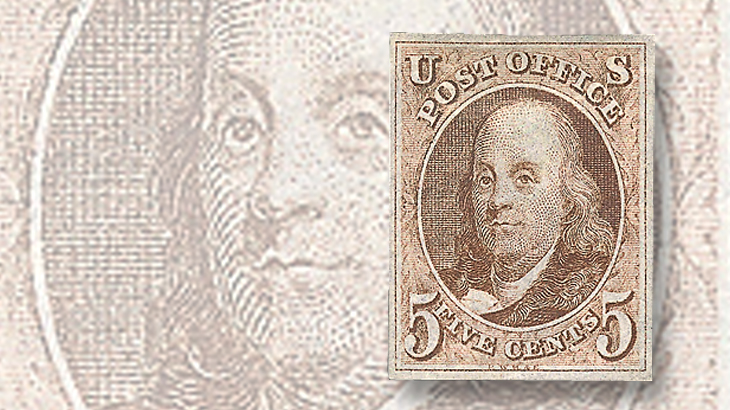 During his full life, Franklin was a printer, postmaster, scientist and inventor, author, diplomat, and statesman.

Franklin’s father, a candlemaker and businessman named Josiah Franklin, hoped that Benjamin would become a minister, but with little money for schooling, Benjamin was apprenticed as a printer, but he continued his own education by reading.

He left Boston for Philadelphia in 1723, where he published the Pennsylvania Gazette and Poor Richard’s Almanack, which Franklin filled with weather information, poems, proverbs and much more. He grew his wealth through his printing trade and profits from the successful almanac.

Franklin established a common-law marriage with Deborah Reed in 1730 and they raised two sons and a daughter, though one son died of smallpox at age four.

In 1737, Franklin was appointed postmaster of Philadelphia by the British Crown Post. In 1753, he was named postmaster general for the Crown, along with William Hunter. He lost the position in 1774 because of his loyalty to the colonies.

During this time, Franklin studied natural phenomena and was a successful inventor, creating a pot-bellied stove, the lightning rod, and even a musical instrument known as a glass harmonica.

He represented the interests of the colonies as a diplomat for many years, traveling to England, and forming an alliance with France during the time of the American Revolution.

Franklin became an important voice for American independence and his fame extended throughout the colonies. At 70 years old, the well-respected senior statesman participated in the drafting of the Declaration of Independence. He was appointed United States Postmaster General in 1775, and at age 81 he signed the Constitution.