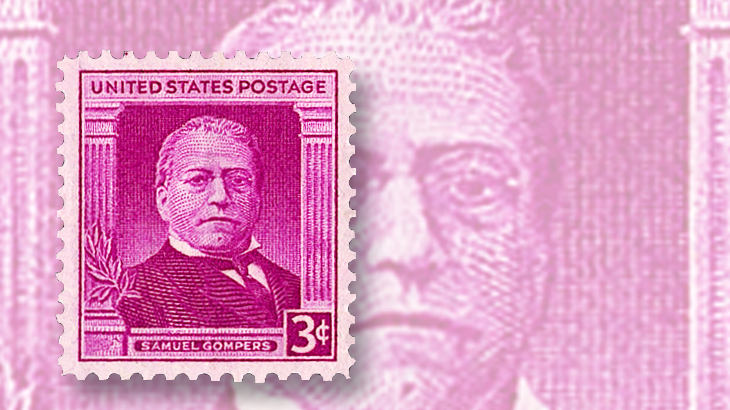 British-born American labor leader Samuel Gompers, on a 3¢ stamp from 1950.

Gompers was born in London, where he dropped out of school at a young age to assist with his family’s financial struggles. He worked as an apprentice cigar maker, taking his skills in that trade with him when he moved with his family to the United States in 1863.

As vice president of the Cigar Makers International Union in 1877, Gompers helped to restructure the organization when automation threatened workers’ livelihoods. He helped to organize and unify multiple trade unions in 1881 with the founding of the American Federation of Labor, which became the largest union group in the world.

During World War I, Gompers chaired the Labor Advisory Board at the request of President Woodrow Wilson, and later served on the Commission on International Labor Legislation at the Versailles Peace Conference.