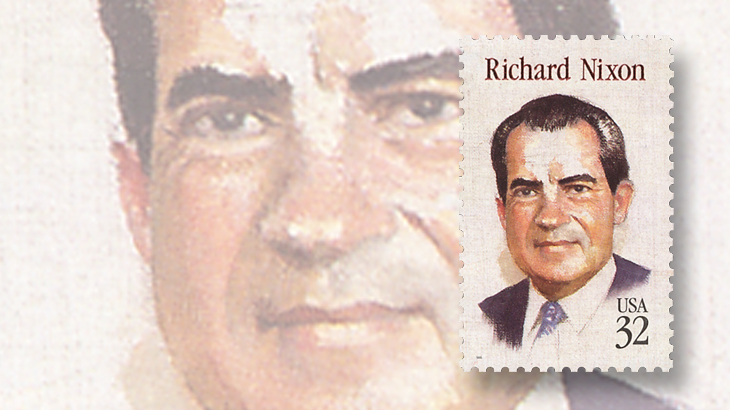 Richard Milhous Nixon, the 37th president of the United States, was born Jan. 9, 1913, in Yorba Linda, Calif. Although his time as president included important foreign policy advances and domestic achievements, his legacy was overshadowed by the 1972 Watergate break-in scandal and cover-up efforts that eventually resulted in Nixon’s resignation from the office of president two years later.

As a youngster, Nixon was always a top student, graduating from Whittier High School and then attending Whittier College, and eventually earning a law degree at Duke University.

Nixon served in the U.S. Navy during World War II, and ran successfully as a Republican candidate for the U.S. House of Representatives in 1946. Nixon served four years in the House and two years in the Senate before he was selected as Dwight D. Eisenhower’s running mate in 1952. Nixon was the U.S. vice president for eight years.

Nixon was the Republican candidate for president in 1960, but lost to Sen. John F. Kennedy of Massachusetts. Two years later, Nixon ran for California governor and lost again.

He returned to his law practice but remained a visible figure in politics. He was nominated again to run for president in 1968, and defeated Vice President Hubert Humphrey to win the election.

Entering the White House, Nixon inherited a brutal and unpopular war in Vietnam and domestic unrest at home. During the course of his first term he began withdrawing troops from Vietnam. The first successful manned moon landing took place during his first year in office. He visited the Soviet Union and China in an effort to improve relations between these nations and the United States.

During his re-election bid in 1972, a break-in took place at Democratic offices at the Watergate complex in Washington, D.C., an event that would soon be tied to Nixon’s re-election campaign. Nixon was suspected of taking part in efforts to cover up the connection, and as the story unfolded and impeachment seemed likely, Nixon resigned his position Aug. 9, 1974, and Vice President Gerald R. Ford became president.

Ford eventually granted Nixon a full pardon. The former president remained active in foreign policy matters until his death in 1994 following a stroke.