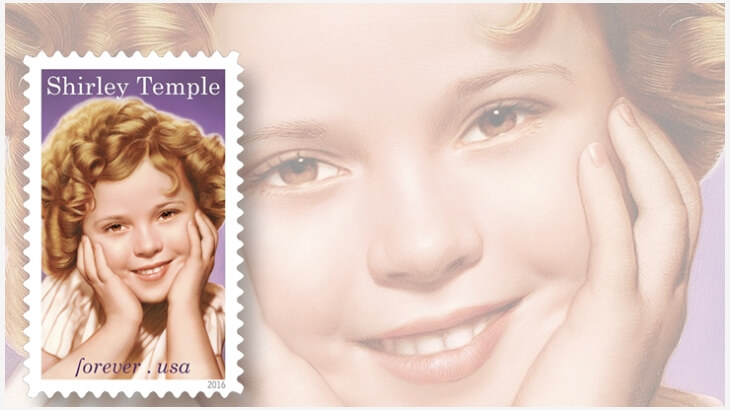 A Legends of Hollywood commemorative honoring legendary child star Shirley Temple is among the United States Postal Service's planned issues for 2016. Our post previewing the entire program was this week's most read article on Linns.com.

5. Great Britain stamps honor story of Shackleton’s survival against the odds: In 1914, Shackleton and his 28-man crew, including photographer James Francis “Frank” Hurley, set sail in Endurance on an expedition to cross the Antarctic continent.

4. Vol. 2 of ‘The Philatelic Book of Secrets’ helps collectors determine stamp colors: In Vol. 2, the editors introduce the reader to the “Tao of stamp collecting,” the path to mastering stamp collecting.

3. Change coming to Linn's newsletter in 2016: Effective Jan. 1, our Auction House Planner, which currently goes out on Wednesday afternoons, will be sent out on Sunday morning.

2. Treasure trove of U.S. stamp dies lies behind vault at Bureau of Engraving and Printing: Ten years after the BEP printed its last postage stamps, it still retains in this vault the original dies as an invaluable legacy of its rich history as one of the world’s premier stamp printers.

1. USPS reveals new stamp subjects, designs for 2016: The United States Postal Service is going into space in 2016, with four new forever stamps commemorating Star Trek on its 50th anniversary, and another set celebrating the planets of our solar system and the recent New Horizons flyby of Pluto.