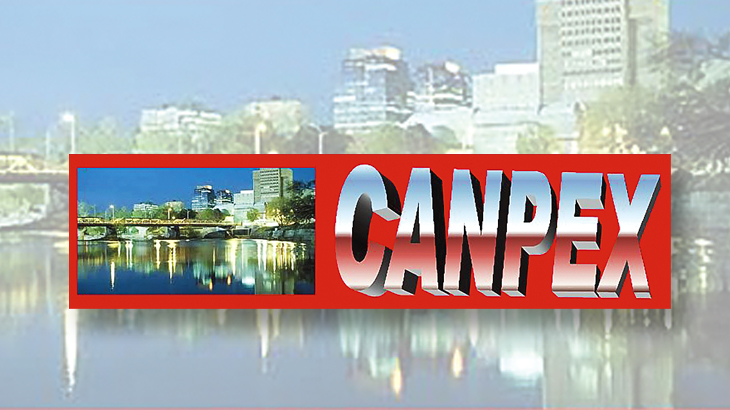 The Royal Philatelic Society of Canada has approved a new and permanent national-level exhibition, Canpex, to be held in southern Ontario in the fall.

The Middlesex Stamp Club will host this annual event. The club previously hosted the Royal Philatelic Society of Canada’s conventions and exhibitions in 2005 and 2015.

The RPSC reports that the concept for Canpex is patterned after the successful annual springtime event, Orapex, held in Canada’s capital, Ottawa.

The Canpex show, which will have an exhibition of 150 frames or more, will be a qualifying show in the American Philatelic Society’s World Series of Philately.

The grand-award winner will be eligible to compete in the Champion of Champions competition at the APS Stampshow to take place Aug. 3-6, 2017, in Richmond, Va.

Royal Philatelic Society of Canada president George Pepall said: “The RPSC is pleased to have sanctioned the new Canpex shows in London [Ontario], beginning in 2016 on October 15 to 16. I’ve seen the proposed facility, which is bright and impressive, and will serve collectors, visitors and dealers well.”

Additional information, as it becomes available, may be found at the Canpex website. Inquiries may be made by email to info@canpex.ca.