If you want to collect test stamps, start with this issue: Stamp Market Tips 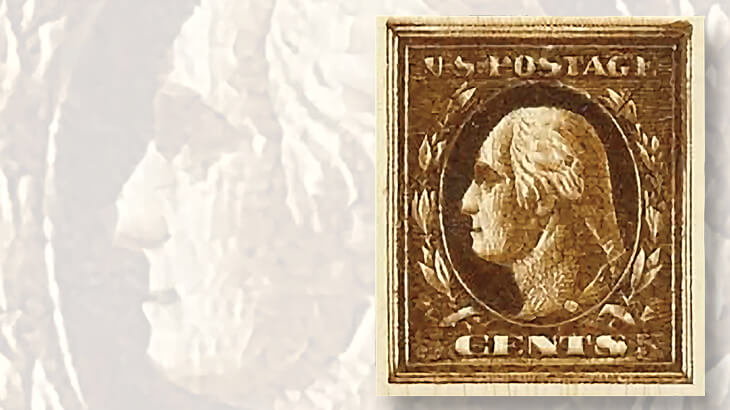 The 1912 brown George Washington test stamp (Scott TD51), produced to test a photo-etching process, is a good buy in the grade of very fine or better at the 2016 Scott Specialized Catalogue of United States Stamps and Covers values.

Test stamps have been produced by both private companies and by the U.S. government. Most test stamps are very scarce because they were never intentionally distributed to the public. On the other hand, the market for test stamps is relatively small, so many are quite affordable.

A good issue with which to start is the 1912 brown George Washington test stamp (Scott TD51). The design of the imperforate stamp produced without gum is based on the Washington stamps of the contemporary Washington-Franklin definitive stamps, and as such it appeals to collectors of those issues. The test stamp was produced to test a photo-etching process by Bruckmann A.G. of Munich, Bavaria.

The 2016 Scott Specialized Catalogue of United States Stamps and Covers values the stamp at $100. A pair is valued at $200, and a block of four is valued at $450. This test stamp is rarely encountered and is an excellent buy in the grade of very fine or better at the Scott catalog value.