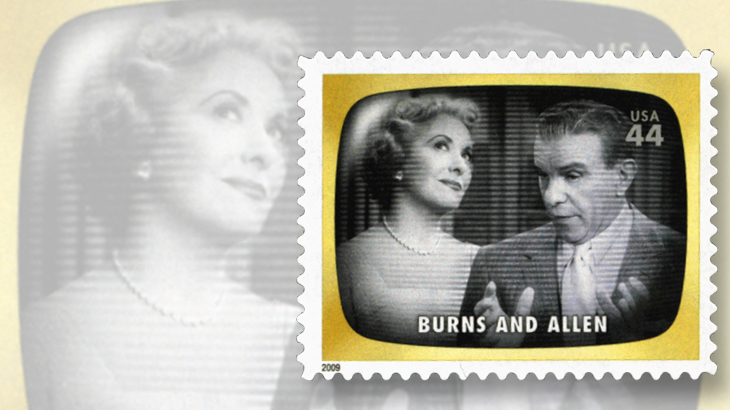 Gracie Allen is teamed up with husband George Burns on a 44¢ commemorative issued in 2009.

Actress and comedienne Gracie Allen was born on July 26, but the year of her birth is uncertain; most likely it was 1895 or 1902.

Born in San Francisco, her birth records were destroyed in the devastating 1906 earthquake.

Years later she once claimed she was born in 1906. Since the earthquake happened in April that year, she was asked how her birth records could have been destroyed.

"Well, it was an awfully big earthquake," she replied.

Allen met George Burns in 1922 and became his comedy partner for more than 30 years. They married in 1926.

Their weekly radio program entertained audiences for years, and Allen launched a comedic run for the presidency as the Surprise Party candidate in 1940.

"The president of today is merely the postage stamp of tomorrow," was a slogan she shared with her supporters.