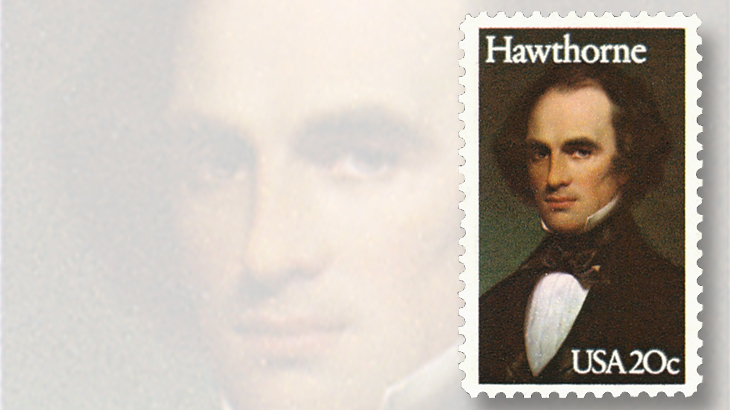 Author Nathaniel Hawthorne, honored in 1983 on a 20¢ stamp in the Literary Arts series.

He published a number of his short stories, which were collected in 1837 as Twice-Told Tales. Unable to support himself with his writing, he found employment at the Boston Custom House in 1839.

He married Sophia Peabody in 1842, and the couple had three children. In 1850, The Scarlet Letter was published, exploring the themes of sin and guilt in Puritan New England. It is Hawthorne’s best-known work, and later novels, including The House of Seven Gables (1851), continued to examine psychological themes.