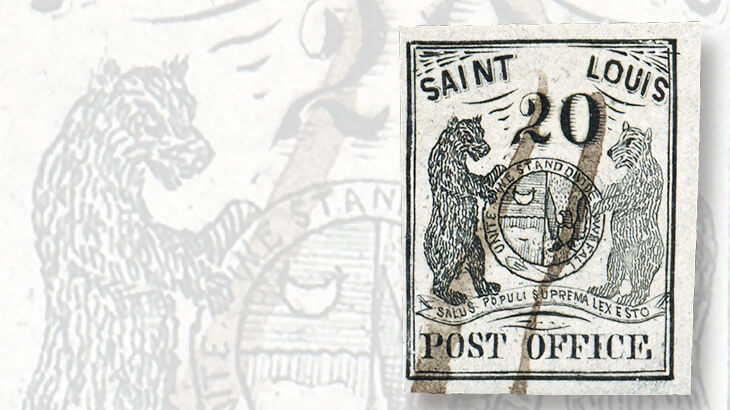 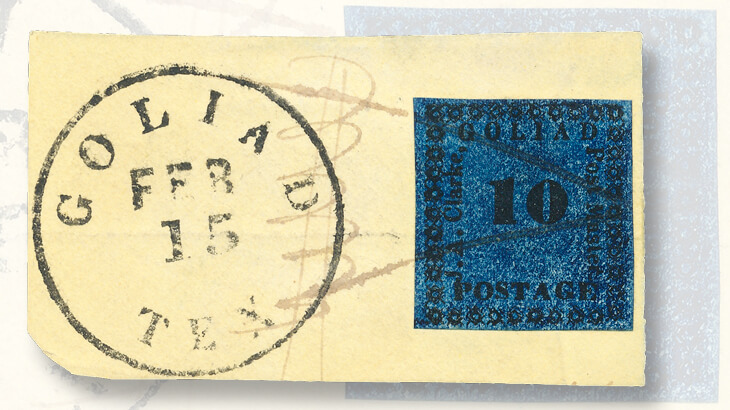 Also offered at the Gaertner auction was this provisional stamp from Goliad, Texas, which sold for $27,000. 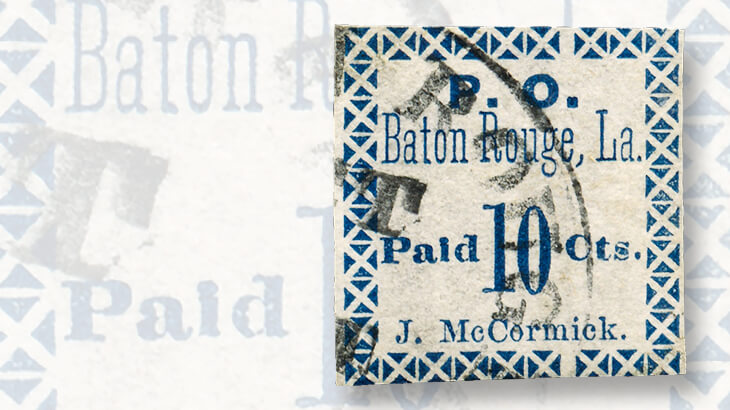 The only sound off-cover example of the Baton Rouge, La., Confederate postmaster’s provisional stamp was sold May 30 by the Christoph Gaertner auction firm of Germany. The stamp garnered $108,000 at the sale at World Stamp Show-NY 2016. 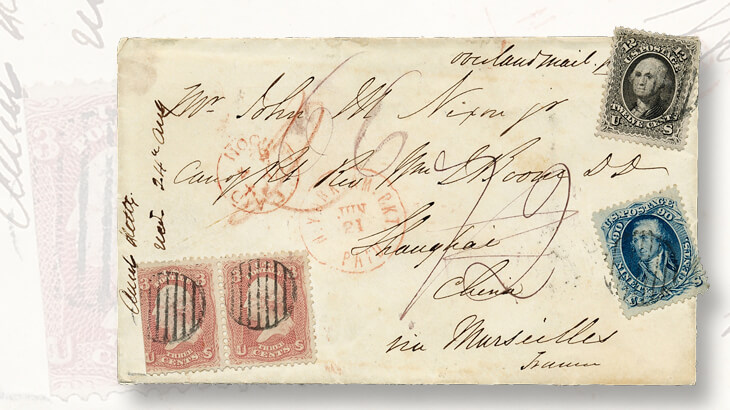 Among the highlights of Gaertner’s daylong sale were some rare Confederate postmasters’ provisionals.

Not long after Southern states began seceding from the United States at the beginning of the Civil War in 1861, the North declared that all U.S. stamps remaining in Southern post offices would be invalid for postage. As it took the Confederate government a while to produce its first national stamp issue, local postmasters stepped in and produced their own.

The great majority were crudely made by repurposing postmarks and other available handstamps, but a few were somewhat fancier, printed in local type shops using movable type and typographic ornaments.

Baton Rouge, La., fell into the latter category, with charming 2¢, 5¢ and 10¢ designs in a square format. The 10¢ (Scott 11X4) is known from only three examples — one on cover and two off — with only one of the off-cover stamps, the one offered by Gaertner, being sound.

It sold for €97,600, including the 22 percent buyer’s premium added by Gaertner to all lots, or about $108,000. (Amazingly, the sole on-cover example was offered in another sale later in the week.)

A 10¢ provisional stamp from Goliad, Texas, on a small piece with town postmark alongside, also one of just three known, sold for $27,000.

The Confederacy was not the only entity to see provisional stamps issued by postmasters. Less than 20 years earlier, after Congress had authorized new, reduced national postage rates but before the government in Washington had issued any stamps, postmasters in numerous cities and towns across the United States had taken similar interim steps.

St. Louis was once such place. Three stamps featuring a quaint rendition of Missouri’s heraldry, with a pair of bears holding a shield, were issued from 1845-47.

A red datestamp reading “N. York Am. Pkt. Paid/Jun 21” shows when it left the United States. It passed through London on the Fourth of July, then proceeded via Marseilles and on to Hong Kong, reaching Shanghai on Aug. 24.

Covers bearing Scott 72 are scarce; covers to China with Scott 72 even more so. The one in the Gaertner sale sold for $35,800.