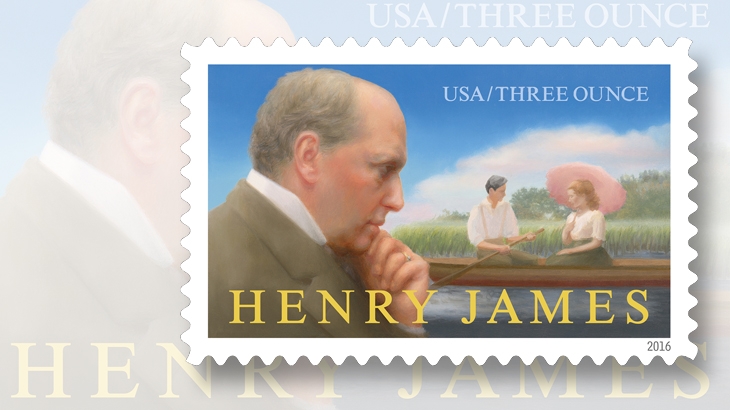 The U.S. nondenominated (89¢) Henry James stamp fulfills the current rate for first-class letter mail weighing more than 2 ounces and up to 3 ounces. The stamp will be issued July 31. 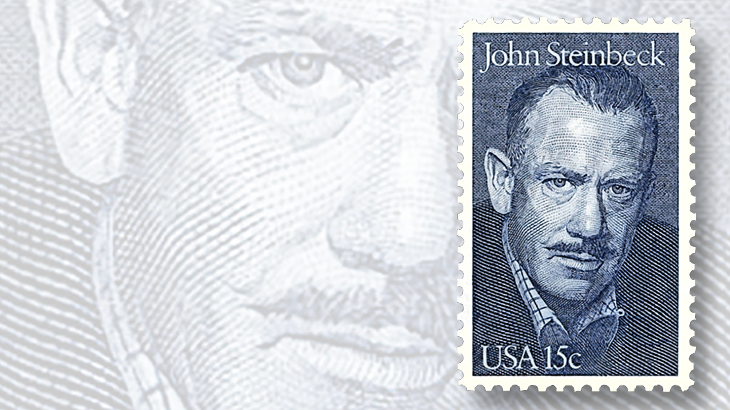 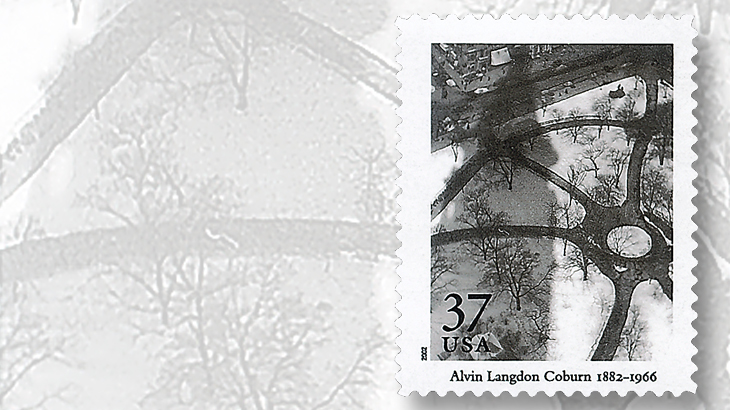 The 31st stamp in the United States Postal Service’s Literary Arts series will honor writer Henry James (1843-1916), whose many works considered classics of literature include the novels The Portrait of a Lady (1881) and The Golden Bowl (1904).

The stamp will be issued without a first-day ceremony on July 31, a Sunday. Dulles, Va., was selected by the Postal Service as the first-day city, though the location has no apparent connection to the stamp subject.

The horizontal stamp is nondenominated, with the inscription USA/THREE OUNCE at upper right.

The postage value is 89¢, fulfilling the current rate for first-class letter mail weighing more than 2 ounces and up to 3 ounces.

The offset-printed stamps will be issued in panes of 20 and in press sheets of 120 die-cut stamps consisting of six panes. The Postal Service is making 1,000 press sheets available for purchase, and has printed 20 million Henry James stamps total.

The stamp illustration was painted by Kate Sammons, a Korean-born U.S. citizen who studied painting at the University of Illinois, graduating in 2002.

The portrait of James in the illustration is based on a 1906 photograph by Alvin Langdon Coburn (1882-1966), according to the Postal Service.

Coburn’s photograph The Octopus was featured on a 37¢ stamp issued June 13, 2002, in the USPS Masters of American Photography set (Scott 3649f).

Sammons’ painting also includes a scene of a man and a woman in a small boat, which the Postal Service describes as “an artistic interpretation of the climactic scene from James’s 1903 novel The Ambassadors.”

The USPS art director for this issue is Antonio Alcala.

Last year’s stamp honors Flannery O’Connor (Scott 5003). Since the mid-1990s, most of the stamps in the series have featured horizontal portraits, often including a secondary scene reflecting some aspect of the writer’s work.

Henry James was born April 15, 1843, in New York City, the second of five children born to the philosopher Henry James Sr. and his wife, Mary.

Young Henry’s older brother was the psychologist and philosopher William James; his younger siblings were brothers Wilkinson and Robertson, and sister Alice, the author of what is now titled The Diary of Alice James.

After studying briefly at Harvard, James published his first stories in the 1860s and his first novel in 1870.

An injury he sustained as the Civil War began prevented him from serving during the conflict.

Some of his early novels were serialized in The Atlantic, and James moved to Europe, living in Italy and Paris before settling in London.

James published the story Daisy Miller in 1878, and his growing reputation was further secured with the publication of The Portrait of a Lady.

“During James’s lifetime, readers were often drawn to his novels and short stories for their accounts of passionate friendships, love affairs, and marriages that were unhappy and rife with conflict,” the Postal Service notes. “His contemporaries also admired his realistic and thoughtful portrayals of women, especially strong, autonomous heroines failed by men and betrayed by other women.”

Among his other well-known works are the 1886 novel The Bostonians, and the 1898 novella The Turn of the Screw.

The expatriate writer became a British subject in 1915 and died in London the following year on Feb. 28, 1916. His ashes were returned to the United States and interred in Cambridge, Mass.

The Postal Service will offer two uncacheted first-day covers for the Henry James stamp; one with a standard black first-day cancel, the other with a digital color postmark that features the author’s name and a row of books representing his lifetime of work.

Technical details for the Henry James three-ounce rate stamp and first-day cancel ordering information are given below.

Collectors requesting first-day cancels are encouraged to purchase their own stamps and affix them to envelopes. The first-day cover envelopes should be addressed for return (a removable label may be used), and mailed in a larger envelope addressed to Henry James Stamp, Special Events, 22403 Randolph Drive, Dulles, VA 20103-9998. Requests for first-day cancels must be postmarked by Oct. 1.

The Postal Service’s uncacheted FDC for the Henry James stamp is item No. 119416 at $1.33. USPS order numbers for stamps and FDCs also appear in Linn’s 2016 U.S. Stamp Program.

U.S. overprints for Guam postal service worth looking out for: Tip of the week