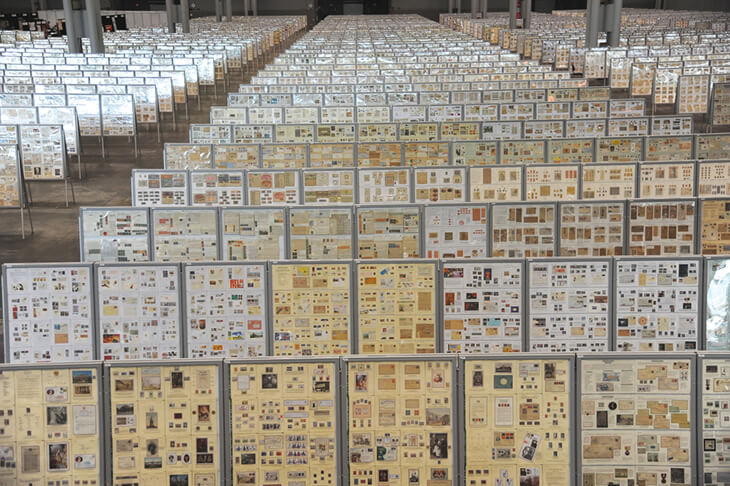 If proof were needed that the International Federation of Philately (FIP) jury system is broken, one has to look no further than last month’s results from the World Stamp Show-NY 2016 philatelic extravaganza in New York City. Some aspects beg for closer examination in bright sunlight.

A social gathering for members of Dutch philatelic groups took place the evening of the day exhibit awards were announced. Obviously this became the focus of many conversations.

It soon became apparent that almost every exhibit of Dutch material, or by Dutch exhibitors, had been taken down one and sometimes two levels from awards earned at previous FIP shows. A few exhibits retained their previous levels, but not one exhibit received a higher award.

A similar pattern became apparent with exhibits that had previously been judged under Federation of European Philatelic Associations rules. What could be the cause?

My own exhibit on World War II mail handling in the Netherlands and Dutch colonies was demoted from a gold for five frames in Singapore (August 2015) to a large vermeil for eight frames in New York. This despite the fact that I had added choice items from two recently acquired collections.

I and others knowledgeable felt it was a much stronger exhibit. But I was told by one high jury official that the additional frames “looked a little thin.” Such an analysis is hardly a basis for downgrading the more complex larger exhibit, and I have to believe this was a smoke screen to hide lack of knowledge about the subject.

One exhibitor with a three-time FIP large gold stationery exhibit (96 points, 97 points, and 96 points with special prizes) was dropped to a gold with 92 points in New York. Checking the palmares showed that all three large gold awards in this category went to Australian exhibitors. Several other exhibits that received an FIP large gold at a previous show were reduced to gold.

Yet another Dutch exhibitor who had received a gold award at Portugal 2010 was reduced 10 points and two medal levels to a vermeil in New York.

He had not been able to attend the show, but he contacted the heads of the jury by email. He was told that the FIP had no record of his previous accomplishment, but it turned out that the FIP had simply failed to post the result to its database. Even so, why should judging have to depend on a database if it were competent, fair and consistent?

It is my understanding that British exhibits in the postal history class were also badly treated. And there were said to have been many other examples.

Discussing the judging process and jury appointments in public has long been taboo, especially when the commentary is critical. And for the unfortunate person who does this, the “reward” is likely to bring an end to having his or her exhibits accepted at FIP shows; and if an FIP judge, no more invitations to judge at FIP shows.

In this way the FIP insiders have been remarkably successful in silencing critics, which prevents people watching the parade from seeing the king in his naked state. And yet it is well-known by those who must work with the FIP that there is great dissatisfaction with the way that the FIP operates and makes demands on international shows. And there is much frustration among exhibitors with FIP judging.

While the New York show was still going on, and based on what happened in the exhibiting segment, I sent an email to jury president Peter McCann, jury secretary Steve Reinhard, honorary jury chairman Bob Odenweller, and commissioner general Steve Schumann, requesting clarification about the drastic reductions in medal levels and furthermore if there was a parallel with exhibits from other countries.

To their credit, Odenweller and especially Reinhard tried to address the many questions created by the questionable judging.

In my view, the judging problems are caused by a number of factors.

First, some FIP judges with FIP positions judge so often that they have become the arbiters of what is acceptable, and what the rules mean. Other judges who judge far less often dare not contradict them, or they will find themselves with no more invitations.

Second, some of these insider judges (not the Americans, as far as I know) take the imperative to try to assure that their countrymen are fairly treated — to the extreme of pushing those results up and pushing other results down. I have heard many stories. So much for impartiality.

Third, judges are barely accountable to the exhibitors as they are in the United States, where exhibitors can ask for feedback in a public forum, and can and do complain loudly if they don’t get satisfactory answers.

At FIP shows, there is only a two-hour period at the end of the show where judges are to be available at the frames their team judged, and if they say the most outrageous and unhelpful things, as noted above, they are not held accountable.

Fourth, it seems that bloc voting has invaded the FIP. I saw that in New York, especially in the grand prix results. And FIP leadership encourages that dynamic by whom they choose to put on each jury. In that way, “horse-trading” goes on and results can be manipulated.

Fifth, even the competence of judges has to be examined. Many judges from small nations have little judging experience because their countries have no or only one large exhibition in a year, and their small amount of judging experience is limited to their own specialty.

Contrast this with the United States or England or Canada where there are multiple exhibitions and judges are required to judge the entire show. Yet the countries with judges who have significant experience are limited to a single judge (beyond the FIP insiders) so that all the small countries with only a few FIP-accredited judges can also have a judging slot.

Never mind that the great majority of the exhibits come from those same countries where the judges are truly broad and experienced. Need I add that judges from the small nations who judge much more frequently at FIP shows are the ones most likely to rise to team leader status.

Finally, the practice now followed in the United States is that exhibitors are expected, even required, to submit a synopsis to assist the judges in understanding what the exhibitor has accomplished; this is not required by the FIP.

For World Stamp Show, several exhibitors provided synopsis pages that for some reason did not make it to the judges; and for those that did, FIP rules do not require that the judges actually read them.

The totality of this situation — or set of situations — is that exhibitors who work hard and over many years put hard-won resources into their exhibits are not fairly treated.

Many of my Dutch group were on a limited budget. They wanted to attend World Stamp Show-NY 2016, and they made financial sacrifices to do so. They paid very high frame fees to participate and often stayed in a cheap motel in New Jersey, taking a bus into Manhattan each day. No one complained because everyone came for the love of the hobby.

These are people that the FIP elite should be grateful to. These are the people paying the bills, and there should be more emphasis on making certain that the judging is fair to them, and totally free of elitism.

The entrenched FIP elite has done much damage to the hobby. I have talked to many exhibitors since the New York show, and too many are unhappy. A significant number swear they will never participate in an FIP event again.

One thing, to me, is certain: These wonderful collectors, these incredibly knowledgeable philatelists, deserve better.

In my view, it is time for a big broom to sweep out the FIP establishment as was done with FIFA, soccer’s international governing body. If that is not possible, we ought to consider some alternative process outside of the FIP for international exhibitions.