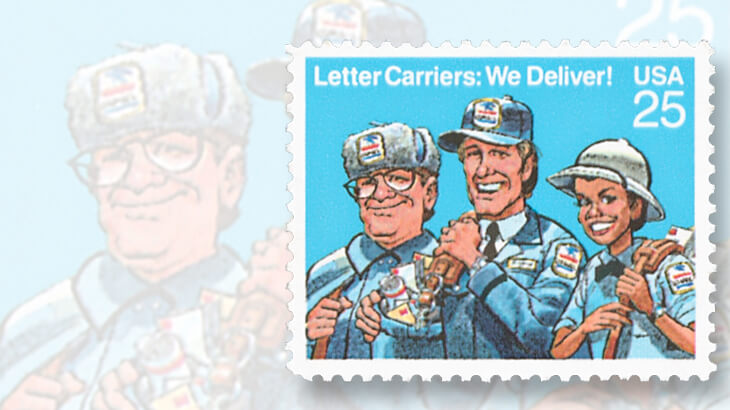 Mr. Davis’ work also appeared on the covers of Time and TV Guide, and on one United States commemorative stamp.

Amick notes that Mr. Davis was selected to design the Letter Carriers stamp based on his poster for a 1986 USPS promotional campaign that pictured “a self-confident letter carrier.”

In 1996, Mr. Davis received an award for lifetime achievement from the National Cartoonists Society.

The Society of Illustrators Hall of Fame welcomed Mr. Davis to its ranks in 2005.