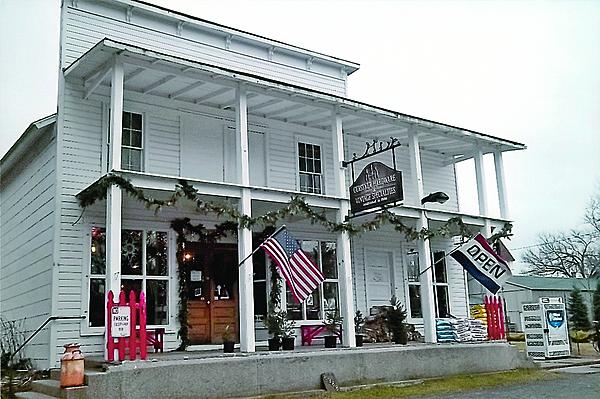 A Village Post Office is located inside Gerstner Hardware in Glenn, Mich. Photograph from 2011 by Steven J. Bahnsen.

Arbitrator Stephen Goldberg issued his award in contract talks between the United States Postal Service and the American Postal Workers Union on July 8. The new contract is effective through Sept. 20, 2018.

One phase of the award prohibits the Postal Service from establishing any new VPOs or Contract Postal Units for a minimum of the first year of the contract.

There are approximately 860 VPOs in the United States. They are mainly in small, rural areas, although Dallas and San Diego both have some.

A VPO only does two things: It sells booklets of stamps, and it has a display rack with Priority Express and Priority Mail supplies. That is all.

Two public libraries in Kansas City, Mo., each get $8,000 for what little they do.

Exterior signs paid for by the Postal Service are usually found outside the host store.

Collectors have little to do with VPOs because they do not have their own red double-outline circular datestamps. However, they are supposed to have green Aviation Security hand cancels with a date. Strikes of Aviation Security cancels are often provided to collectors.

The Meijer chain, headquartered in Grand Rapids, Mich., has the most CPUs of any one business. The Hy Vee chain from West Des Moines, Iowa, has the second most CPUs. None of their new stores will be able to have a CPU for at least a year.