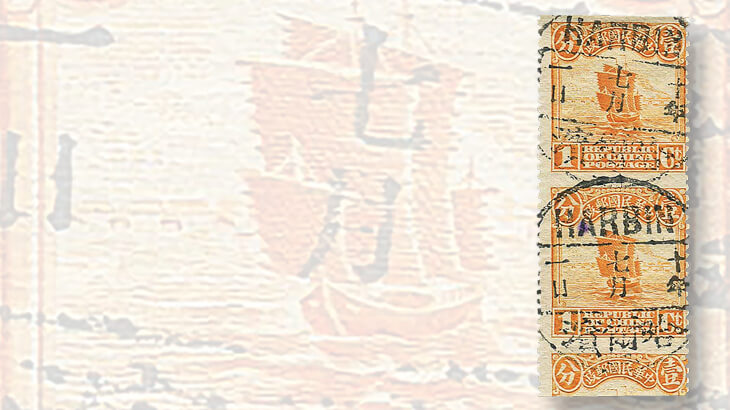 The Aug. 6-7 Regency-Superior auction at Stampshow also features a wide array of worldwide material. Among the more eye-catching items from China is this vertical pair, imperforate horizontally of the 1913 1¢ orange Junk, which is listed with an estimate of $2,000. Image courtesy Regency-Superior Auctions, St. Louis, Mo. 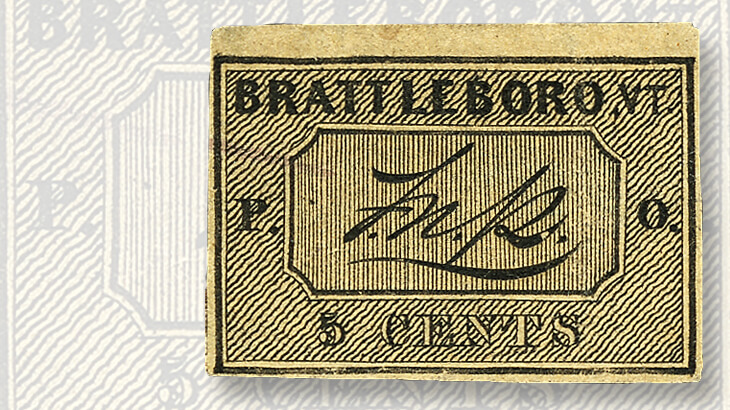 This handsome example of the 1846 5¢ black Brattleboro, Vt., postmaster’s provisional stamp will be among the first items to cross the auction block during the Aug. 6-7 Regency-Superior sale at Stampshow 2016 in Portland, Ore. Image courtesy Regency-Superior Auctions, St. Louis, Mo. 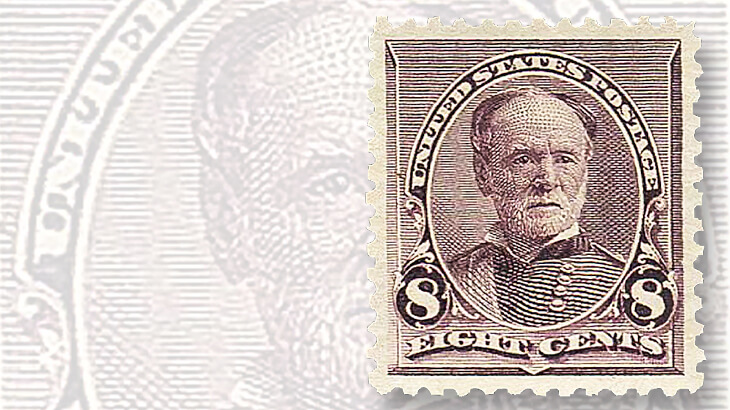 Regency-Superior will offer this graded superb-98 United States 1893 8¢ William T. Sherman stamp at its Stampshow 2016 sale. The stamp is listed with an estimate of $3,000. Image courtesy Regency-Superior Auctions, St. Louis, Mo.
Previous
Next

Regency-Superior Auctions will offer a broad selection of United States and worldwide stamps and postal history during its two-day sale at the American Philatelic Society Stampshow 2016 in Portland, Ore.

The first session, on Saturday, Aug. 6, includes U.S. and possessions stamps and covers, while the second part on Sunday, Aug. 7, features foreign stamps, covers and collections.

Larger lots, including intact specialty collections, also will be up for bids.

A half dozen U.S. postmasters’ provisionals are among the first lots to cross the auction block Saturday.

Among the more desirable is an 1846 5¢ black Brattleboro, Vt., postmaster’s provisional (Scott 5X1) that Regency-Superior describes as having “ample margins,” including an “extra large top margin.”

The stamp is described as having a very fine appearance, along with a “couple light thin spots” and a “vertical crease.”

Regency-Superior lists the stamp with a minimum opening bid of $5,500, against a Scott Specialized Catalogue of United States Stamps and Covers value of $9,000.

Stamps from this group come in a variety of conditions to suit any budget.

One of the more impressive stamps is a mint, never-hinged 1893 8¢ lilac William T. Sherman (Scott 225) with magnificent centering that Regency-Superior describes as being “outstanding in all respects.”

Accompanied by a 2016 superb-98 graded certificate from Philatelic Stamp Authentication and Grading, the 8¢ Sherman stamp is listed with an estimate of $3,000, against a Scott U.S. Specialized by Grade value of $5,000.

More than 450 lots of early 20th-century U.S. material will be up for bids.

Among the almost 30 lots of U.S. possessions, the Philippines is the most strongly represented.

Some 250 lots of foreign stamps and almost 70 lots of worldwide covers will be available to collectors during the Sunday session.

China and related areas are well-represented, along with classic-era issues of France, Germany and Germany offices abroad.

One of the more unusual China offerings is a vertical pair, imperforate horizontally of the 1913 1¢ orange Junk (Scott 203). Three error varieties of this stamp are listed in the Scott Classic Specialized Catalogue of Stamps and Covers 1840-1940, but this one is not among them.

Two socked-on-the-nose strikes of a July 1, 1921, Harbin circular datestamp are seen on the pair, which shows approximately one-third of the adjoining stamp at bottom.

According to the auction catalog, the pair is likely from the “1920 late re-issue of London Print stamps.”