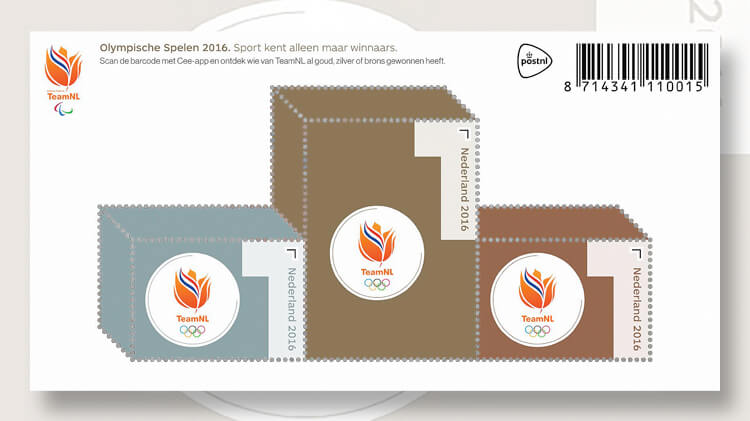 The Rio 2016 stamps in the souvenir sheet from the Netherlands represent the podiums for the medal-winning athletes. The stamps are nondenominated. The “1” for the basic domestic letter rate appears on the right of each stamp. 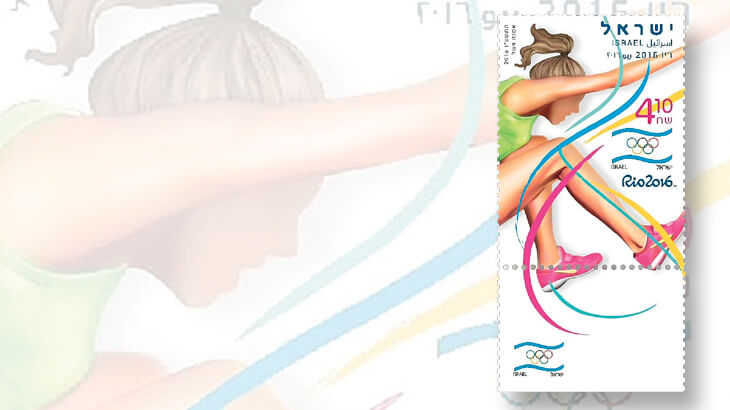 One of the three Rio 2016 Olympic stamps issued June 21 by Israel depicts a triple jumper in action. 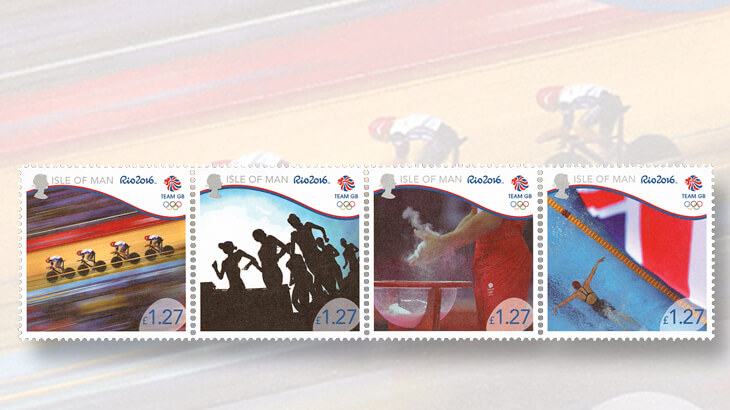 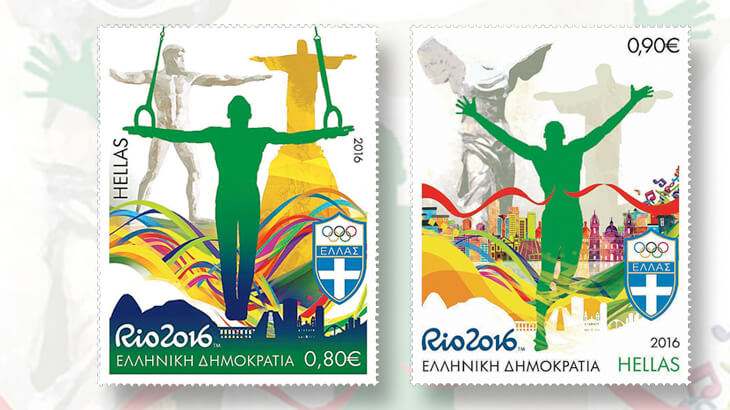 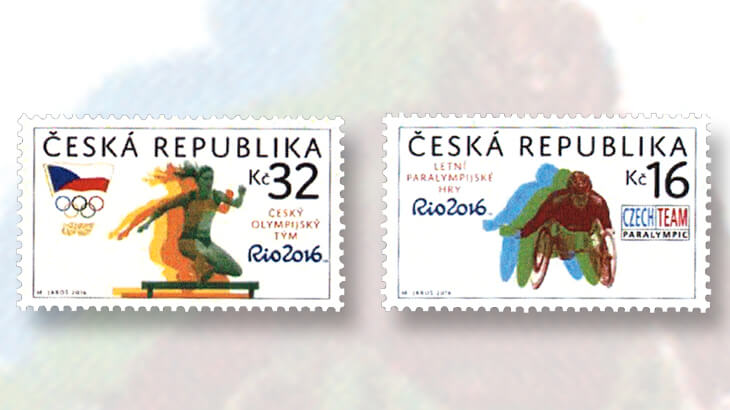 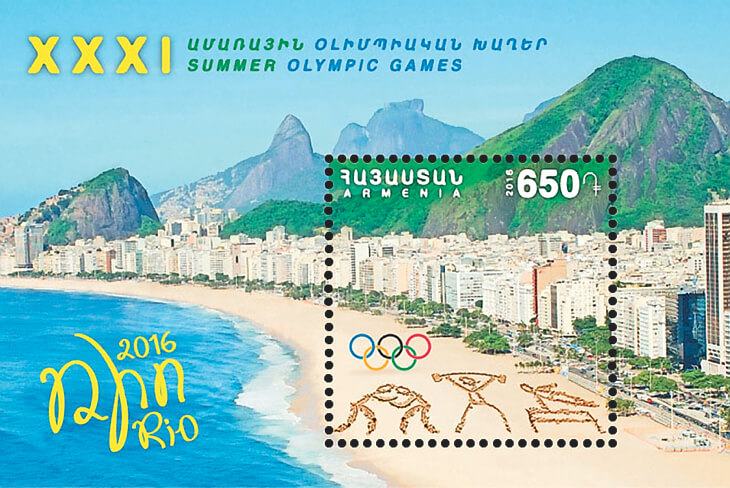 Brazil, the host country of the 2016 Summer Olympics, began issuing stamps promoting these Games in March 2015 (Scott 3298) and will continue issuing Rio 2016 Olympics stamps right up until the opening day, Aug. 5.

This 3-mile beach will be the site of beach volleyball at the Games. However, the sheet from Armenia depicts four other athletes drawn in the sand: two wrestlers, a weightlifter and a gymnast on a pommel horse.

The 650-dram stamp in the souvenir sheet also shows the Olympic rings.

The selvage surrounding the stamp continues the image of the beach, the buildings lining it, the mountains in the background, and the Atlantic in the foreground.

Armenia’s Haypost issued this souvenir sheet May 30. It was designed by Juan Pablo Gechidijian and Vahagn Mkrtchyan and printed by Cartor Security Printing.

The sheet contains three stamps representing the podiums that the medal winners stand on with the podium for silver on the left, the large podium for gold in the center and bronze on the right. The stamps are surrounded by extra perforations to give them a three-dimensional effect.

The large “1” on the right side of each stamp design signifies that these nondenominated stamps pay the basic domestic rate for letters weighing less than 20 ounces, currently 0.73.

Each stamp design also includes the TeamNL logo featuring an orange tulip with the colors of the Netherlands flag (red, white and blue) on one petal.

The designs of the two stamps from Greece combine the ancient and the modern Olympics.

These stamps were issued July 7. In announcing them, Hellenic Post said, “With their sights set on Rio and their hearts never forgetting the roots of the Olympic Games in Ancient Greece, the Greek Olympic Team will compete with passion, honouring their country’s history and proving once again that Greek sport is the best and worthiest ambassador of Greece internationally.”

In addition to silhouettes of modern athletes and skylines, the stamp designs include images of sculptures.

Brazil’s Christ the Redeemer statue appears on both stamp designs, and the ancient Greek statue known as the Artemision bronze is shown on the 0.80 denomination, and the marble Winged Victory of Samothrace on the 0.90.

Myrsini Vardopoulou designed the stamps. Veridos Matsoukis printed them by offset in panes of eight.

Two stamps issued June 22 by the Czech Republic commemorate the Summer Olympics and the Paralympics, which will take place Sept. 7-18 in Rio de Janeiro.

The 16-koruna stamp for the Paralympics pictures an athlete in a wheelchair, and the 32kc Olympics stamp depicts a female athlete jumping over a hurdle.

Milan Janos designed the two stamps. The Post Printing House in Prague printed them by offset in sheets of 50.

The designs of the three Summer Olympics stamps issued June 21 by Israel are based on photographs.

Each stamp is denominated 4.10 shekalim. Cartor printed them by offset in sheets of 10 with five se-tenant labels known as tabs.

Isle of Man and others

The designs of these £1.27 stamps reproduce photographs of athletes, including cyclists, race walkers, gymnast and swimmers.

The se-tenant (side-by-side) strip of four stamps shown nearby was printed by BDT International in sheets of 40.

These stamps, along with eight other designs, also were issued in a pane of 12.