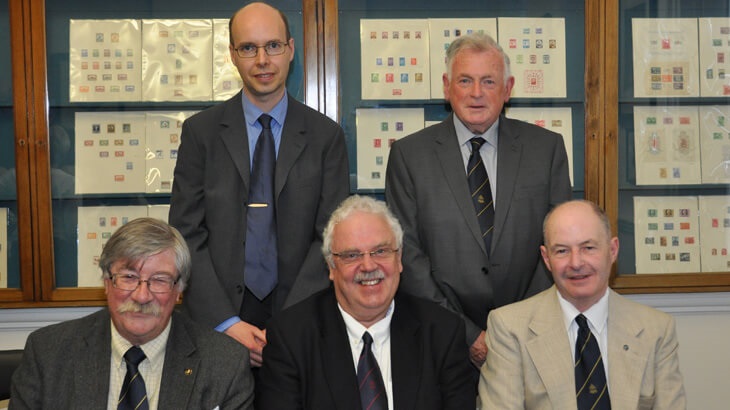 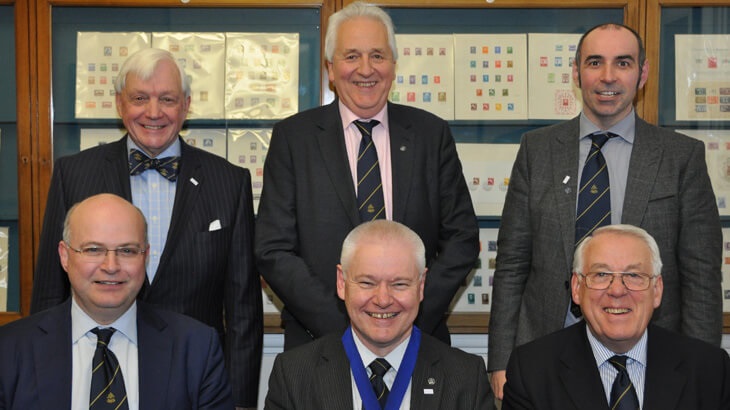 At the Annual General Meeting of The Royal Philatelic Society London on 30 June, Frank Walton was elected President for his second year in office. Vice Presidents are Patrick Maselis and Richard Stock.

Following the AGM, the Society’s medals for the year were presented to the following:

Per Gustafson, with the Tapling Medal for the best paper in The London Philatelist, the Society’s journal (‘Divided postcards with Postage Due 1902-1907’, published June 2015).

Peter Kelly, the Tilleard Medal for the best afternoon display given to the Society (‘France – L’émission au type Sage’).

Mike J. Y. Roberts, the Lee Medal for the best paper given at a Society meeting (‘Falkland Islands’).

Maurice Flack and Eric Keefe, both awarded The Royal Philatelic Society London Medal for outstanding service and commitment to the Society.

Steven C. Walske and Richard Frajola had been presented earlier with the Crawford Medal during the World Stamp Show in New York City. This award is for the most valuable and original contribution to the study and knowledge of philately published in book form (Mails of the Westward Expansion 1803-1861).