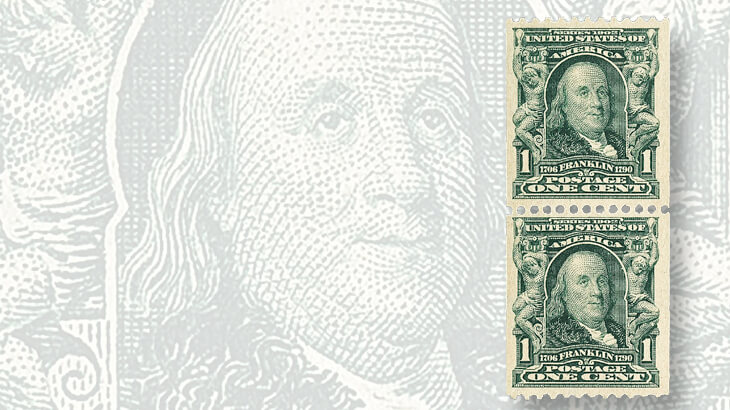 This 1¢ Franklin vertical coil pair with government-applied perforations sold for $322,000 at the May 31 Robert A. Siegel auction in New York City. 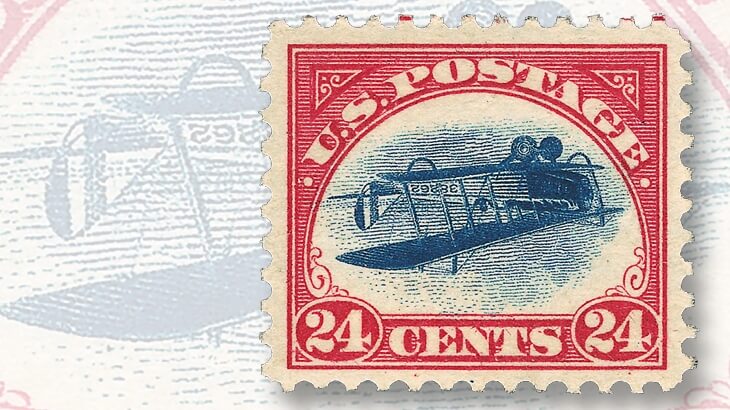 This 1918 Jenny Invert airmail error stamp, position 58 from the original pane of 100, sold for slightly more than $1.35 million on May 31 during a Robert A. Siegel auction at World Stamp Show-NY 2016 in New York City. 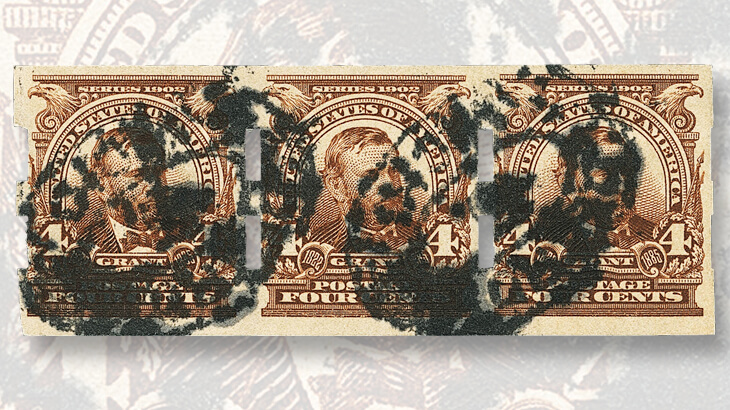 A used imperforate strip of three 1902 4¢ Ulysses S. Grant stamps with privately applied Schermack type III oblong perforations sold at a May 31 Robert A. Siegel auction for $322,000.
Previous
Next

Siegel opened its second day of sales at the international show with the finest-graded example of the Inverted Jenny, the famous 24¢ airmail error of 1918 with a Curtiss JN-4 biplane, nicknamed a Jenny, misprinted upside-down. The sale was described in detail in Linn’s issue of June 27.

Just one sheet of 100 of the error stamps ever reached the public, and many are off-center or faulty in some way. Not so this example.

Coming from position 58 in the original sheet, it was graded extra fine-superb by Professional Stamp Experts. When last sold in 2005, this splendid example fetched $577,500. This time, in front of an overflow crowd of showgoers, it smashed all records to go for $1,351,250, including Siegel’s 15 percent buyer’s premium.

The excitement scarcely cooled down for the rest of the afternoon.

Early, experimental coil stamps did extremely well: A used, imperforate strip of three 4¢ Grant stamps from the issue of 1902 (Scott 314A), with privately applied Schermack type III oblong perforations, stood out as a highlight.

Only two strips of three of this stamp are known, and the other one is on cover. Appearing on the market for the first time in 35 years, the strip in the Siegel sale sold for $322,000.