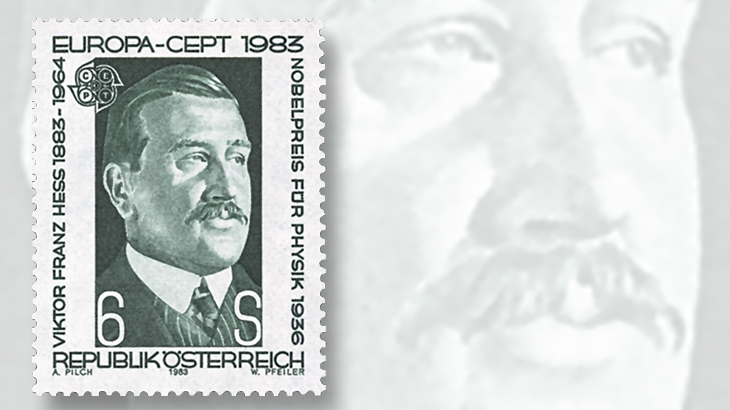 Austrian-American physicist Victor Hess, honored on an Austrian stamp in 1983.

Victor Francis Hess, a prominent physicist who was a longtime professor at Fordham University in New York, was born June 24, 1883, in what is now the Austrian state of Styria.

Hess studied at the University of Graz, earning his Ph.D. in 1910. The next year he began research on the source of atmospheric radiation, which he measured in a series of balloon ascensions before determining that the radiation was the result of cosmic rays originating in outer space.

His findings were confirmed in 1925 by Robert Millikan of the California Institute of Technology.

Hess shared in the 1936 Nobel Prize in Physics for his discovery of cosmic radiation. He moved to the United States with his wife in 1938, and became a naturalized U.S. citizen in 1944.