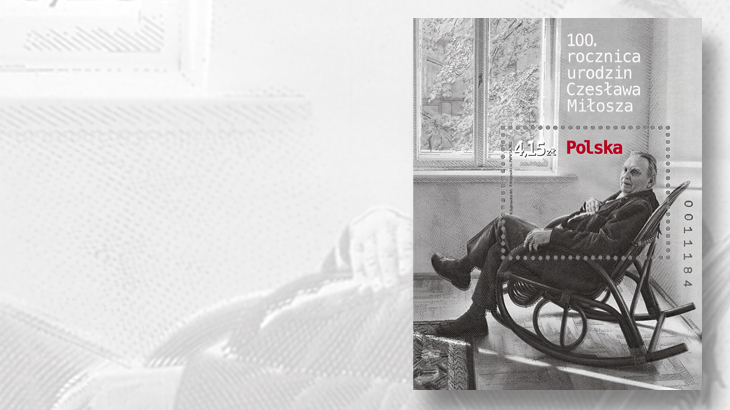 The poet and novelist Czeslaw Milosz was born on June 30, 1911, in the village of Szetejnie (Seteniai) in what today is Lithuania.

His parents were Polish and he was raised in Lithuania, living for a while in Vilnius during a period when the city was under Polish administration.

He studied law after high school, and his earliest poems were printed in a university magazine in 1929. He published a collection of poetry in the 1930s, and lived in Warsaw during World War II, active in the underground resistance during the Nazi occupation.

He continued to write poetry while working in Poland’s diplomatic service after the war, but by 1951 he sought and was granted political asylum in Paris.

Milosz moved the United States in 1960, accepting a position as a professor of languages and literature at the University of California, Berkeley. He wrote his poems in Polish, and then translated them into English himself or working with others. His themes included the effect of world events upon the individual, and contemplations of personal faith. His well-known nonfiction book The Captive Mind (1953) is a criticism of totalitarianism and an examination of individuals drawn to Communist ideologies.

Milosz became a U.S. citizen in 1970, and in 1980 he received the Nobel Prize for literature. He died in Krakow in 2004. He has been honored on several stamps from Lithuania and Poland.

Poland honored him in a single-stamp souvenir sheet issued June 30, 2011, to commemorate the 100th anniversary of his birth (Scott 4013).