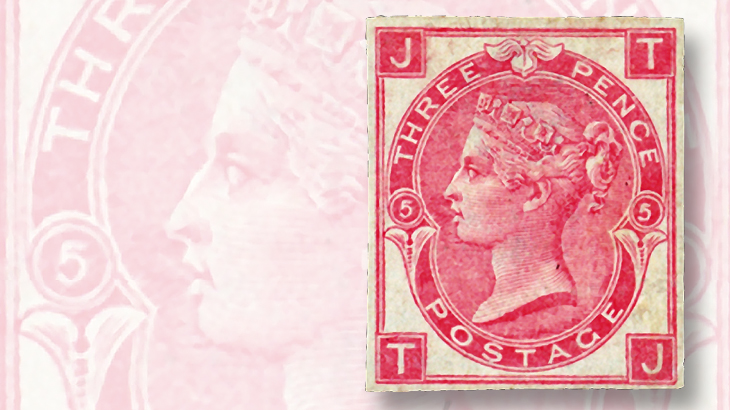 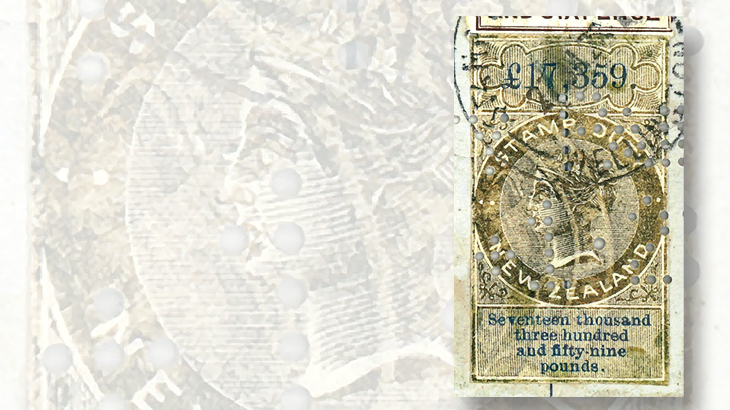 Some of the stamps on the 1927 will from New Zealand offered in Grosvenor’s March sale seem to have been made to fill the need. The highest-denomination stamp, with Queen Victoria and the improbable sum of £17,359, is not in the standard catalogs. 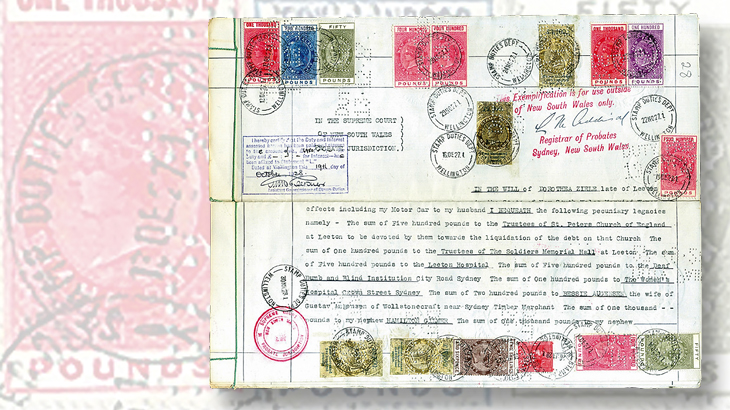 A 1927 will from New Zealand was a highpoint of Grosvenor’s sale in London in March. An array of odd stamps paid the duty on the will, in excess of £32,882. The document sold for about $2,450.
Previous
Next

Grosvenor held sales of British Empire stamps and postal history on March 23-24 and a sale of specialized Great Britain material on April 21 in London.

One of the most spectacular items in the March sale was a will from New Zealand, dated 1927, in which a woman named Dorothea Ziele enumerated who would get her money after her death.

There was a rather high duty to be paid on the execution of the will: a total of £32,882, 17 shillings and 4 pence. Needless to say, this required rather a lot of stamps.

Some of the stamps appear to have been concocted especially for the occasion. The highest-denomination stamp was a dull yellow-green affair with an effigy of Queen Victoria and the improbable sum of £17,359, expressed in both words and figures.

This rather amazing document was sold for £1,666, or about $2,450, including the 19 percent buyer’s premium levied by Grosvenor.

The firm’s April sale included a collection by Ron Hake of the postal history of Devon, a county in southwestern England.

A letter from just before the English Civil War, sent in 1640, was inscribed “hast post hast” (haste, post haste) below the address. Written by a Royalist to his friend regarding a meeting of constables in Exeter, the letter attracted active bidding, according to the auction firm, selling for the equivalent of $8,675.

A 10-penny King George V definitive of 1924-1926, with the crown-and-block-GvR watermark inverted (variety of Scott 199), sold for $3,340. While the lower values of that series are commonly found with inverted watermarks, having been regularly printed that way in booklet panes, the higher values are scarce thus.