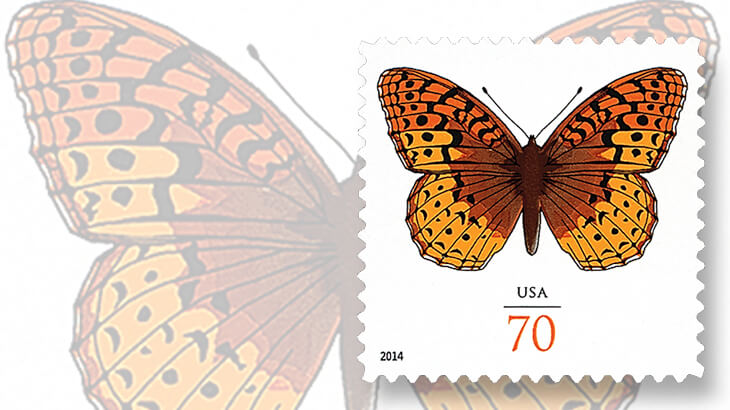 Finding any type of commemorative or non-definitive stamp on a commercial cover is an increasingly rare occurrence. Mail volume is down, and the bulk of mailpieces that are sent are not franked with postage stamps. And those that are franked with stamps are likely to bear the most common definitives or discount-rate stamps.

The rate applied to covers that were square or oddly shaped and would not pass through the mail-handling equipment. Because it is denominated and not a forever stamp, this stamp has a finite life­span for correct use.

If you think finding commemorative stamps used on commercial covers is hard, try looking for one of these correctly used on cover and in the rate period.

The 2016 Scott Specialized Catalogue of United States Stamps and Covers does not value the 70¢ Great Spangled Fritillary Butterfly stamp on cover, but most collectors of modern postal history would gladly pay $5 or more for a single-usage cover in period. Be on the lookout and snatch up any that you find offered at a reasonable price.