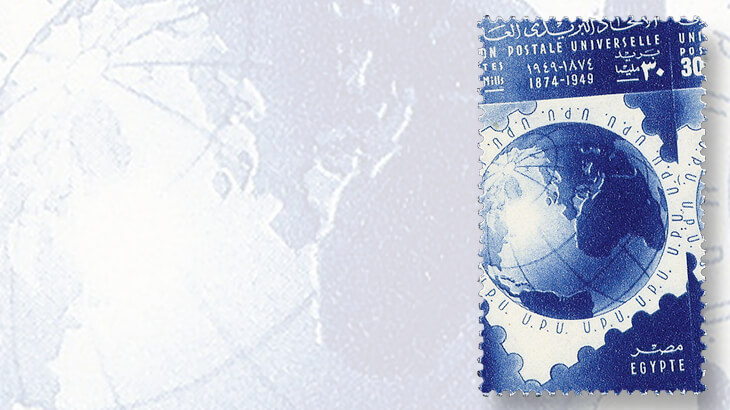 King Farouk of Egypt’s misperforated creations are in demand and bringing top dollar.

King Farouk occupied the throne of Egypt from 1936 until he was deposed by a military coup in 1952. The king was a man of large appetites, and one of those appetites was for stamp collecting.

Harmer’s held a three-day auction of his stamp collection on behalf of the Egyptian government in 1954. Stamps from Farouk’s collection often bear identifying back stamps applied by the dealers who bought them.

To quote that great political scientist Mel Brooks, “It is good to be the king.” Farouk commanded the Egyptian postal authorities to produce bizarrely misperforated stamps for his collection. Much of the Egyptian misperforated material was bought by Canadian stamp dealer Kasimir Bileski. For several years Bileski mailed them out as lagniappe when filling orders for customers.

Times have changed, and these royally misperforated creations have gone from being almost worthless to being in high demand and relatively valuable.

Definitive issues that only recently were selling for $20 to $40 for a misperforated block are now selling for $75 to $100. Misperforated commemoratives are especially in demand as usually only 100 of each exist.

Complete commemorative sets of two to four misperforated stamps sell for $100 to $150 per stamp. A good example is a misperforated set of three 75th Anniversary of the Universal Postal Union stamps (Scott 281-283) that recently sold for $600.

We suspect that a lot of these intentionally misperforated Egypt stamps are lurking in old collections and accumulations. Keep your eyes open.