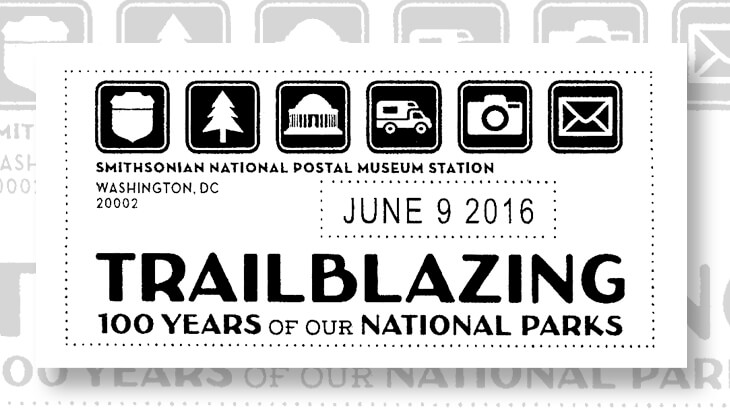 A new temporary exhibit titled “Trailblazing: 100 Years of Our National Parks” is now open at the Smithsonian National Postal Museum, and is scheduled to run until March 25, 2018.

Linn’s Washington Correspondent Bill McAllister reported on details of the exhibit in May.

The exhibit features numerous items on loan from various national parks around the country, from collectors, and from the United States Postal Service’s Postmaster General’s Collection.

The exhibit commemorates the 100th anniversary of the National Park Service by chronicling “intersections between the mail and our national parks.”

A companion display can be viewed online.

Collectors might choose to use one of the 16 National Parks forever stamps issued June 2 to obtain an example of the new postmark.

To obtain this postmark, which has been granted a 120-day extension, address your requests to:

The following postmark has received a 120-day extension.