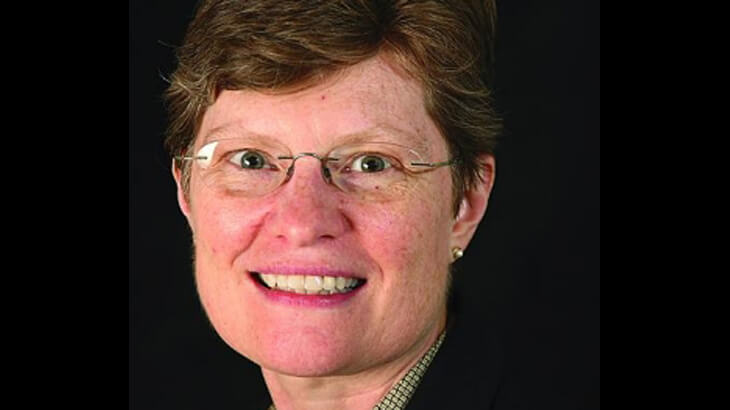 Cheryl R. Ganz, William H. Gross and Richard F. Winter were the museum's picks, according to a release sent out on June 21. The three will be honored at a museum-hosted gala event in Washington, D.C., on Oct. 22.

The Smithsonian Philatelic Achievement Award (SPAA) was established in 2002 to honor and celebrate living individuals for outstanding lifetime achievement in the field of philately. This achievement may include original research that significantly advances the understanding of philately, exceptional service to the philatelic community or sustained promotion of philately to the benefit of current and future collectors.

“There are millions of stamp collectors in the world, and many of them work to support the hobby,” museum director Allen Kane said. “But the three people we are honoring with these lifetime achievement awards have had a profound impact on the field of philately in significant ways over long periods of time.”

The SPAA medallion is a three-inch, gold-plated bronze disc depicting a sunburst with eight straight and eight wavy rays. Derived from the family coat of arms of James Smithson, founding benefactor of the Smithsonian Institution, the sunburst became the Institution’s official seal June 3, 1966, and is incorporated into the official flag flown by Smithsonian facilities and Smithsonian-sponsored expeditions throughout the world. As such, it is a universally recognized symbol of enlightenment and learning that links the Smithsonian’s history with its future. The medallion is suspended from a grosgrain neck ribbon in Smithsonian blue and yellow.

Ganz, born in 1950, is an internationally known philatelic expert, author, exhibitor and researcher specializing in aerophilately and zeppelin mail. In 2002, her acclaimed “Come Take a Ride on the Hindenburg” became the first display-class exhibit to win a World Series of Philately grand award. In addition to collecting and exhibiting with distinction, Ganz was an accredited literature judge who led efforts to standardize literature exhibiting and judging. She was the youngest member of the Ameripex '86 organizing committee, a founding director of the American Association of Philatelic Exhibitors and was president of the American Air Mail Society (AAMS). She edited The Zeppelin Collector newsletter for 36 years.

She joined the staff of the National Postal Museum after earning a doctorate from the University of Illinois at Chicago and became chief curator of philately in February 2008. Ganz curated an impressive array of exhibitions and brought the William H. Gross Stamp Gallery to life, selecting many of the 20,000 philatelic items on display. In 2014, she edited a volume about the National Philatelic Collection titled Every Stamp Tells a Story: The National Philatelic Collection.

Gross, born in 1944, has, over the past quarter-century, diligently assembled one of the finest collections of 19th-century U.S. stamps and postal history ever formed. His renowned exhibits have scored a virtually unprecedented 98 points at two separate Fédération Internationale de Philatélie-accredited shows and won the Grand Prix National at the Washington 2006 World Philatelic Exhibition. He has also built world-class stamp collections of Hawaii, Switzerland, Great Britain, France and Colonies, Scandinavia and British North America. Gross received the Collectors Club of New York’s Alfred F. Lichtenstein Award in 2011.

Almost unique among high-profile collectors, Gross publicly shares his passion for philately. Through his numerous collecting accomplishments, trade of the Inverted Jenny plate block for the One-Cent Z-Grill, and the generosity he and his wife, Sue, have shown in donating millions from the sale of portions of his non-U.S. stamp collections to charitable causes, he has generated more positive media exposure for the hobby over the past decade than any other single collector.

Philately’s most philanthropic supporter, Gross donated the entire press run and proceeds of “William H. Gross Collection—United States Classics 1847–1869: A History of United States Stamps” to The Collectors Club and other organizations. As lead donor to the William H. Gross Stamp Gallery at the National Postal Museum, he enabled the museum’s expansion and creation of the finest permanent, public exhibition of philatelic material anywhere in the world, promoting stamps and stamp collecting to nearly 500,000 visitors each year and inspiring future collectors.

Born in 1937, Winter comes from a stamp-collecting family and collected France and Colonies as a youth. He graduated from the U.S. Naval Academy at Annapolis in 1959 and served 27 years in the Navy. His years at sea led to a fascination with stampless overseas mail, the steamships that carried the mails across the Atlantic Ocean and the complexities of foreign rates and treaties. He coauthored North Atlantic Mail Sailings 1840–75 (with Walter Hubbard, published 1988) and edited United States Incoming Steamship Mail, 1847–1875 (by Theron J. Wierenga, published 2000). His magisterial two-volume study of the subject, Understanding Transatlantic Mail (published 2006–2009), received numerous national grand awards and a large gold at London 2010, a rare achievement in the philatelic literature class.

More about the National Postal Musuem