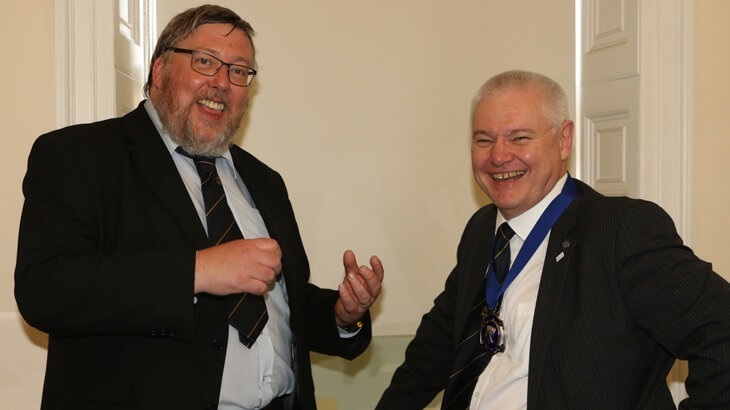 The following is a press release sent to Linn's on behalf of the Royal Philatelic Society London:

Paul N. Davey entertained the members of the Royal Philatelic Society London on 9 June with a display from his wide-ranging collection of China.

Telling the story from I-Chan, the official government courier service set up probably around 1000BCE, the display embraced Imperial China, Foreign Post Offices in China, stamps produced by the communists in China, and Taiwan. Also shown were commemoratives, postage dues and perfins, plus the so-called ‘anti-bandit controls’, the two or three character overprints applied mainly to high value definitives to restrict the use of the stamps to the town named as a deterrent to theft.

Giving the vote of thanks Mark Bailey commented that the Society had been ‘honoured to see such a superb and substantial collection’.