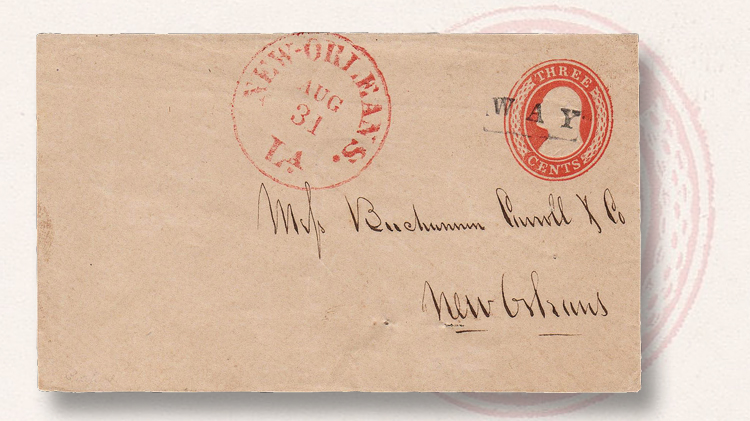 By 1853, all Way fees were discontinued. Steamboat captains still received 1¢ for every Way letter carried, but this fee was not added to the ordinary postage. Illustrated here is a Way cover coming into New Orleans and marked “WAY” with no fee paid. 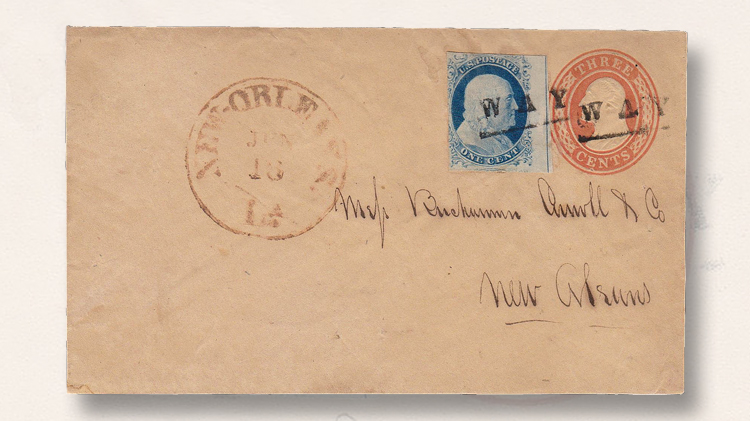 The 1¢ Benjamin Franklin stamp on this cover prepays the 1¢ Way fee on a letter that was incoming to New Orleans. Prepayment of Way fees was unusual at this time. 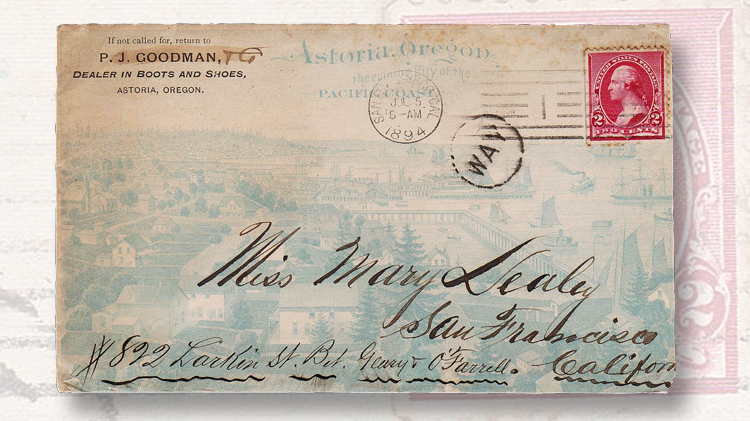 This Way letter was sent from Astoria, Ore., in 1894 and carried by boat to San Francisco, where it entered the mail and was marked “WAY” in a circle. 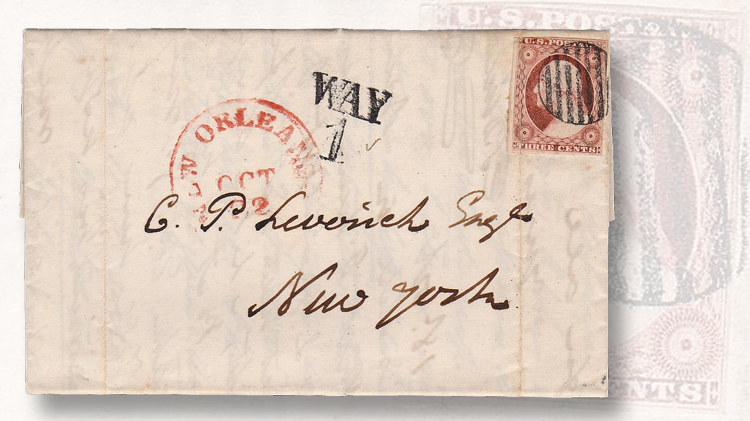 The 1¢ Way fee on this 1852 letter is indicated by the bold two-line “WAY 1” marking. The cover entered the mail system in New Orleans and was then sent to New York, where the addressee paid the Way fee. 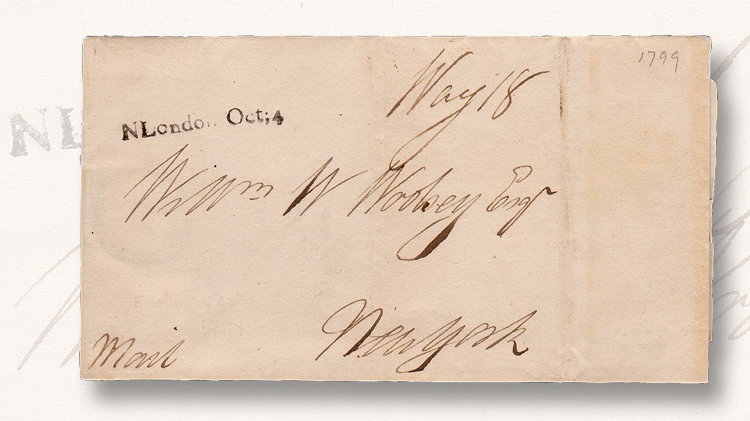 The manuscript “Way 18” near the top of this 1799 Way letter to New York indicates 17¢ postage and a 1¢ Way fee. The cover was posted in New London, Conn.
Previous
Next

Today we put a letter in our mailbox and a United States Postal Service letter carrier picks it up and takes it to the post office where it enters the mail stream and is delivered to its destination.

We take this service for granted, but it wasn’t always available. Our ancestors had a much different system in place to post their mail.

Letters taken to the post offices by these mail carriers are called “Way” letters because they were picked up on the way.

Way letters are known from early in British colonial times, but the first U.S. Post Office directive addressing Way mail was enacted in 1794. It specifically stated that the mail carrier would receive 1¢ for picking up the letter (the Way fee) and that the 1¢ fee would be added to the ordinary postage on the letter. In the 1898 Postal Laws and Regulations it states:

Way Letters … are such letters as are received by a mail-carrier on his way between two post offices, and which he is to deliver at the first post office he comes to, and the postmaster is to inquire of him at what places he received them, and in his post-bills (records of post office activity submitted to the US Postal Department showing the business they had done) charge the postage from those places respectively to the post offices at which they are to be finally delivered, writing the word way against such charges in his bills. The word WAY is to be written upon each way letter.

An example of an early Way cover is shown in the first illustration. It was picked up by a mail carrier in Norwich, Conn., and posted in “NLondon” (New London, Conn.) and sent to New York. The postage was 17¢ to New York and the Way fee was 1¢, so it was marked “Way18” (17¢+1¢) at the top in manuscript. The cover was posted in 1799.

Most early Way letters were carried on land routes. With the advent of the steamboat, Way letters began to be carried by water, and beginning in 1845 they also were assessed the 1¢ Way fee.

Also, handstamped WAY markings replaced most of the written markings.

Pictured nearby is an 1852 letter carried from Stark Island Reach by water to New Orleans, where it entered the mail system and was marked “WAY 1” in two lines as a Way letter and then sent on to New York, where the addressee paid the Way fee.

An unusual Way cover during this time period is shown with a 1¢ Benjamin Franlin stamp prepaying the Way fee on a cover incoming to New Orleans.

By 1853, all Way fees were discontinued. Steamboat captains still received 1¢ for every Way letter carried, but this fee was not added to the ordinary postage. Illustrated here is a Way cover coming into New Orleans and marked WAY with no fee paid.

In 1863, the Way system was abolished, but Way markings continued to be used by some post offices at least until the 1890s.

The last Way letter pictured is a cover originating in Astoria, Ore., in 1894 and carried by boat to San Francisco where it entered the mail and was marked “WAY” in a circle.