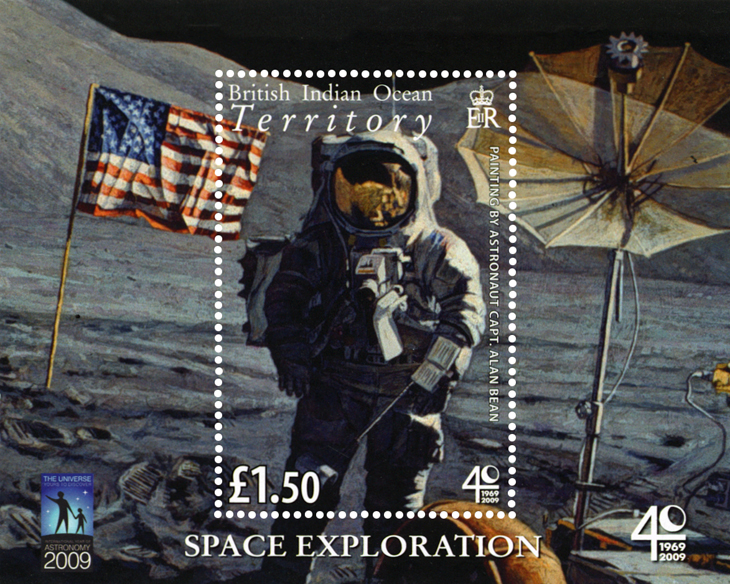 A painting by astronaut and artist Alan Bean on a 2009 single stamp souvenir sheet from British Indian Ocean Territory (Scott 382).

American astronaut Alan Bean, the fourth man to walk on the moon, was born March 15, 1932, in Wheeler, Texas.

After graduating from Paschal High School in Fort Worth, Texas, Bean studied as a Navy ROTC student at the University of Texas, graduating with a science degree in aeronautical engineering in 1955.

He completed flight training and became a Navy test pilot before he was selected by NASA for its astronaut program in October 1963.

The Apollo 12 mission was Bean’s first trip into space. He also served as spacecraft commander of Skylab Mission II (SL-3) in 1973.

Bean resigned in 1981 to pursue his interest in art. In commemoration of the 40th anniversary (in 2009) of the first manned moon landing, Bean’s paintings of astronauts on the moon were featured on stamps from several different countries including British Indian Ocean Territory, Isle of Man, and St. Helena.