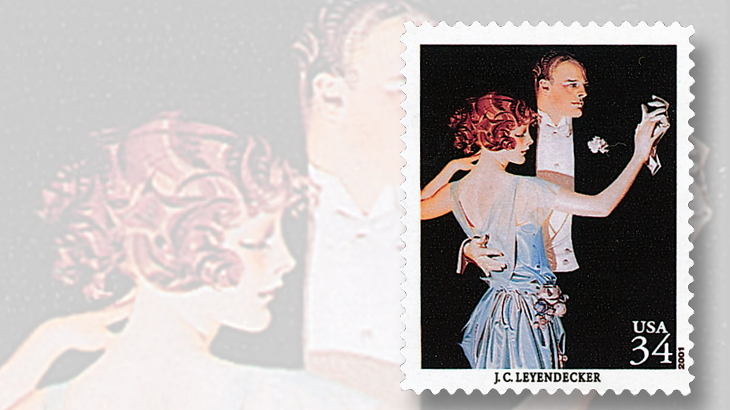 Artist J.C. Leyendecker's rendition of a popular advertising icon, the Arrow Collar Man, dances with a partner on the 34¢ stamp from 2001 honoring Leyendecker.

Illustrator J.C. Leyendecker was born Joseph Christian Leyendecker on March 23, 1874, in Montabaur, a town in the Rhineland area of the German Empire.

The Leyendecker family moved to Chicago, Ill., in 1882, where J.C. would later study at the Chicago Art Institute.

Leyendecker’s illustration of the Arrow Collar Man became a popular advertising icon, and a 1923 rendition by Leyendecker is featured on the 34¢ stamp honoring him (Scott 3502c) in the American Illustrator set issued Feb. 1, 2001.