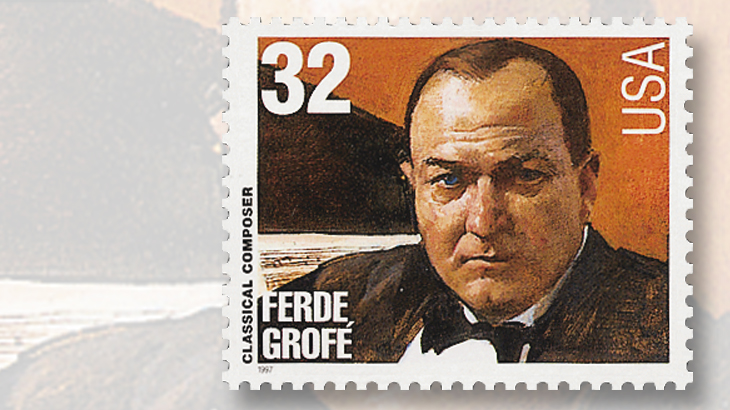 Born March 27, 1892, in New York City, composer and arranger Ferde Grofe was raised in Los Angeles, part of a family of classical musicians.

He played the viola with the Los Angeles Symphony Orchestra for 10 years, and worked as an arranger with the Paul Whiteman Orchestra.

He achieved acclaim with his 1924 arrangement of Gershwin’s Rhapsody in Blue, performed at Aeolian Hall in New York, and developed a composing style that included the introduction of unconventional sounds, such as typewriters, sirens and pneumatic drills. His San Francisco Suite features the sounds of cable car bells and foghorns.

Grofe is featured on a 32¢ stamp in the Classical Composers and Conductors set issued Sept. 15, 1997, as part of the Legends of American Music series (Scott 3163).