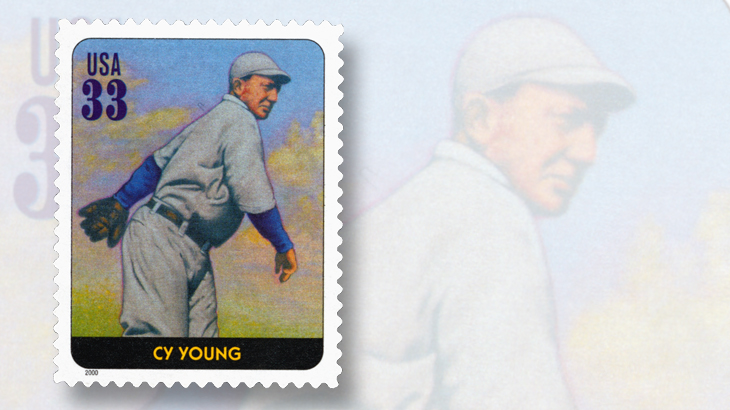 The story goes that Major League Baseball pitcher Cy Young got his nickname from a sportswriter who watched him throwing his blazing fastball against a wooden fence, which left the fence looking like a cyclone hit it.

He was born Denton True Young in Gilmore, Ohio, on March 29, 1867, and played amateur baseball as a youngster. He was hired by a minor league team in Canton, Ohio, in 1889, and made his major league debut with the Cleveland Spiders the following year.

In 1897, Young pitched his first no-hitter in a game against the Cincinnati Reds. Starting in 1899 he played two seasons with the St. Louis Browns before moving to the American League and pitching for the Boston Americans. There he won the pitching Triple Crown in 1901, and his second no-hitter — a perfect game — came against the Philadelphia Athletics in 1904. His team was renamed the Boston Red Sox, and with them Young threw his third no-hitter against the New York Highlanders in 1908.

Young later pitched for the Cleveland Naps and the Boston Rustlers of the National League before retiring in 1911.

During his career, Young won 511 games and was part of the victorious Boston Americans team in the 1903 World Series.

Young was inducted into the National Baseball Hall of Fame in 1937. After his death in 1955, the annual Cy Young Award was introduced to honor the best pitcher in each league.