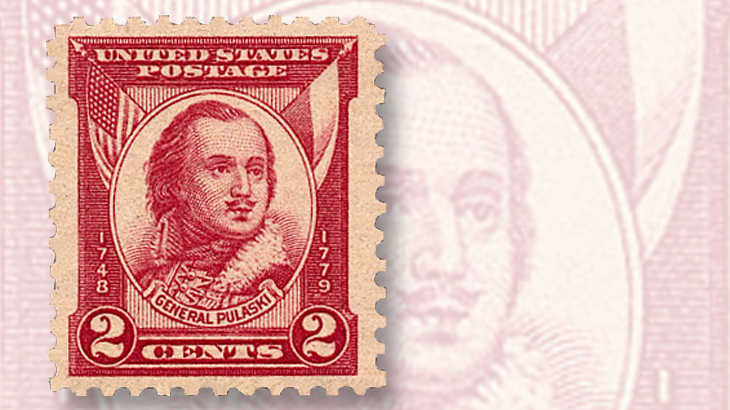 Casimir Pulaski (born Kazimierz Pulaski) was a military leader who bolstered America’s forces during the Revolutionary War and gave his life fighting for the American cause.

Born near Warsaw on March 4 or March 6, 1745, Pulaski was a freedom fighter and military commander leading revolutionaries against occupying Russian forces in 1768. Forced into exile, he met Benjamin Franklin in France, who recommended him to George Washington to contribute to America’s military.

Pulaski reached Boston in 1777 and served with Washington as a cavalry leader. After engaging the British at the 1777 Battle of Brandywine and saving Washington and his troops from defeat, Congress gave Pulaski the rank of brigadier general in the Continental Army. He led an independent cavalry unit known as the Pulaski Legion that served in campaigns including the second battle of Savannah and the siege of Charleston.