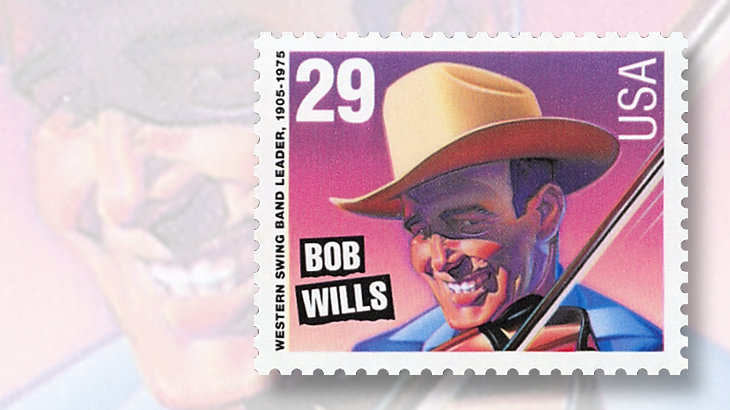 Taught to play music by his father and grandfather, Wills performed on the fiddle at age 10 and delighted in the influences of country music, blues, and jazz.

Wills started a fiddle band in 1929 and formed his Playboys band in 1932, landing a daily radio program in Tulsa, Okla. Bob Wills and His Texas Playboys began recording in 1935, and enjoyed a huge success with Wills’ San Antonio Rose in 1940. Later hits included New Spanish Two-Step and Faded Love.

The evolving band achieved national fame, and Wills became known as the King of Western Swing. He was inducted into the Country Music Hall of Fame in 1968, and died in 1975. The Rock and Roll Hall of Fame inducted Bob Wills and His Texas Playboys as an early influence in 1999.