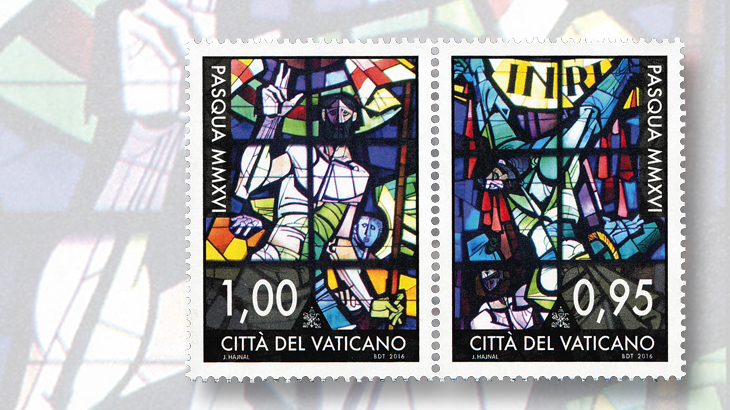 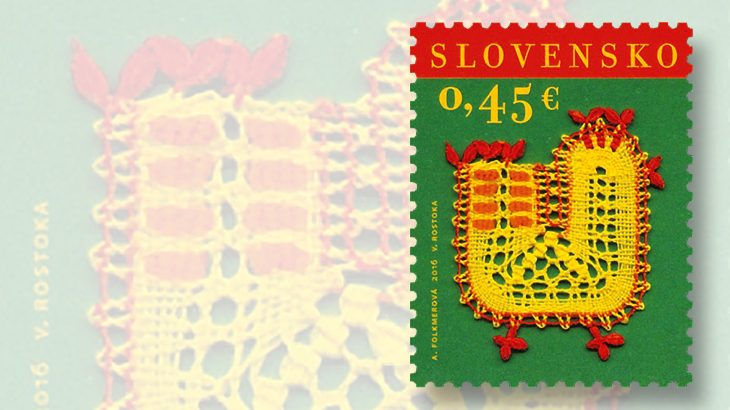 Slovakia’s 2016 Easter stamp depicts a chicken made of bobbin lace. 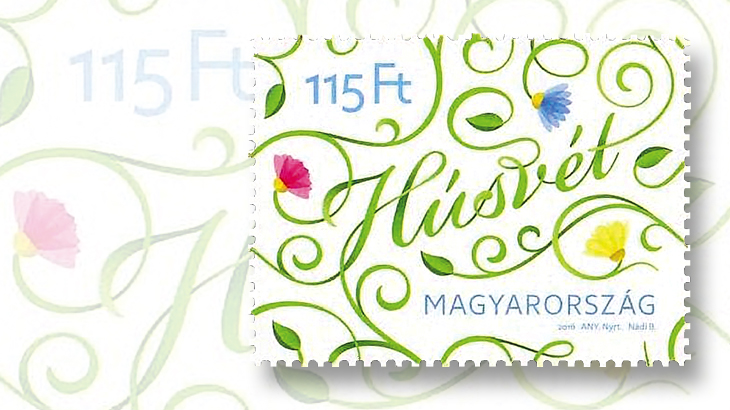 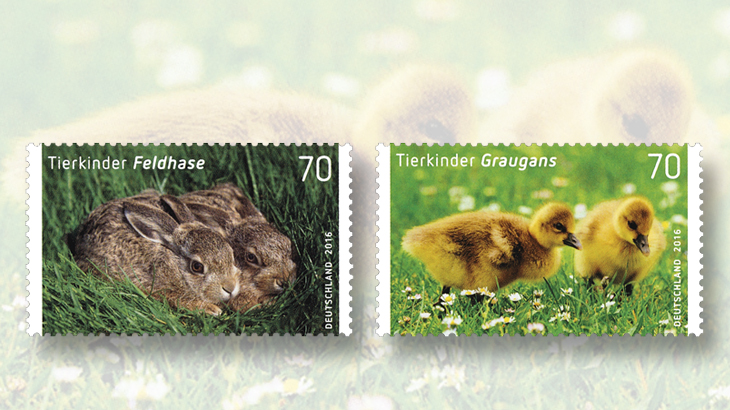 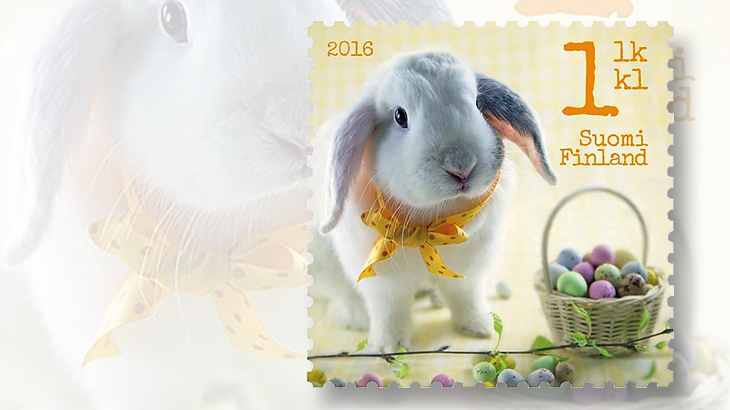 Finland shows a pet lopped-eared bunny on its 2016 Easter stamp. 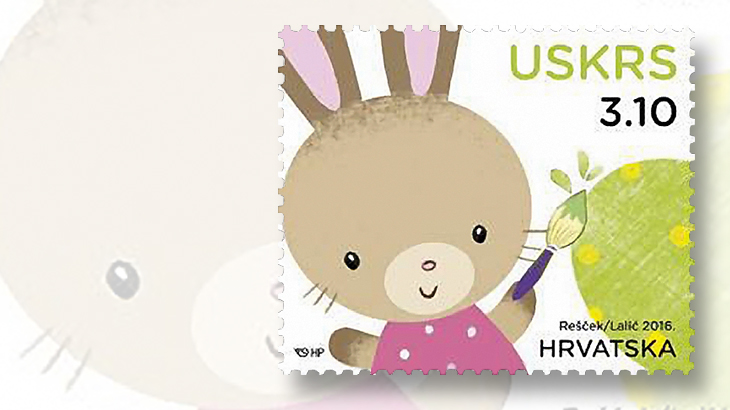 A bunny is shown painting an egg on this 2016 Easter stamp from Croatia.
Previous
Next

Rabbits, eggs, and religious artwork are featured on Easter stamps issued this year.

A photograph of a lop-eared rabbit with a basket filled with pastel-colored eggs is pictured on Finland’s Easter stamp. This nondenominated first-class self-adhesive stamp was issued Feb. 26.

The designer, Anna-Mari West, put a bow on her own pet rabbit, Eli, and took his photograph for the stamp’s design.

The stamp was designed by Alenka Lalic using an illustration by Sanja Rescek.

Rescek has illustrated numerous books for children, including The Itsy Bitsy Bunny by Jeffrey Burton and This Little Bunny by Aly Fronis.

The stamp shows a rabbit painting an Easter egg a light green. The rabbit is wearing a pink dress with white polka dots and has decorated the egg with yellow polka dots.

Zrinski printed this stamp by offset in sheets of 20.

Like the rabbit, the chicken serves as a symbol of Easter and as an ancient symbol of springtime and fertility.

Slovakia’s €0.45 Easter stamp issued Feb. 26 pictures a chicken decoration made from bobbin lace, which is also known as pillow lace or bone lace. Although this lace-making technique dates back at least to the 16th century, it is only in the last few decades that it has been used to create Easter decorations in Slovakia.

A security printer in Prague, Czech Republic, printed it by offset in sheets of 50 and booklets of 10.

Stained-glass windows by Italian-Hungarian artist Janos Hajnal (1913-2010) are featured on two se-tenant Easter stamps issued Feb. 1 by Vatican City. The €0.95 stamp on the right depicts the Crucifixion, and the €1 stamp on the left shows Jesus rising from the tomb. Both windows were created for the St. Angela Merici parish church in Milan, Italy.

The Vatican stamps are sold in a souvenir sheet that contains two pairs.

Hungary offers Easter greetings on a 1.15-forint stamp that was issued March 4 in sheets of 50. In this design by Boglarka Nadi, the Hungarian word for Easter, “Husvet,” is surrounded by symbolic trailing flowers.

Among the other postal administrations that issued Easter stamps this year are Poland, March 3; and Serbia, Feb. 25.

The three stamps from Poland depict decorated eggs, and the two stamps from Serbia show 18th- and 19th-century paintings of the Resurrection.

Also, while two recent stamps from Germany look like Easter commemoratives, they are not.

The €0.70 stamps are part of the Tierkinder (Young Animals) definitive series and feature photographs of pairs of European hares (Lepus europaeus) and greyleg goslings (Anser anser), respectively. They were issued March 1.