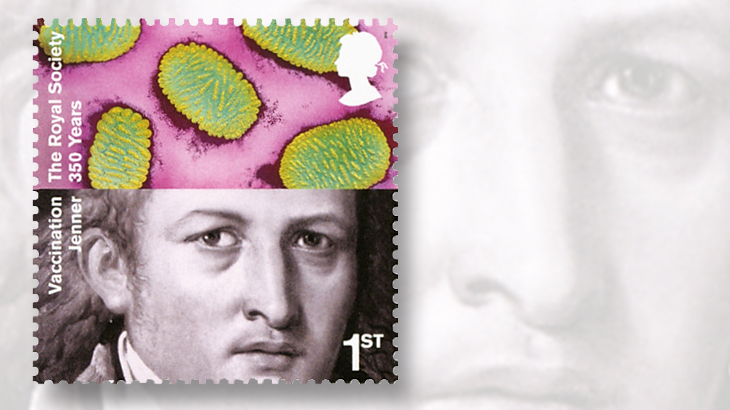 Vaccination pioneer Edward Jenner was honored on a British stamp in 2010.

British physician Edward Jenner, who developed the concept of vaccination to prevent illness, was born in Berkeley, Gloucestershire, England, on May 17, 1749.

At age 14, Jenner was apprenticed to surgeon John Ludlow, and later studied at St. George’s Hospital in London.

Jenner learned that milkmaids who contracted the mild infection cowpox appeared to become immune to the much deadlier smallpox disease. He experimented by injecting the cowpox infection from a milkmaid patient into the skin of James Phipps, the eight-year-old son of his gardener. Young Phipps developed and easily recovered from the mild cowpox infection, and was later shown to be immune to smallpox. Additional experiments confirmed Jenner’s theories.

Though his work and conclusions were at first derided, vaccination was accepted and put into use during his lifetime. Jenner became famous for his success with vaccination, and continued to research and refine his methods. Jenner died in 1823.