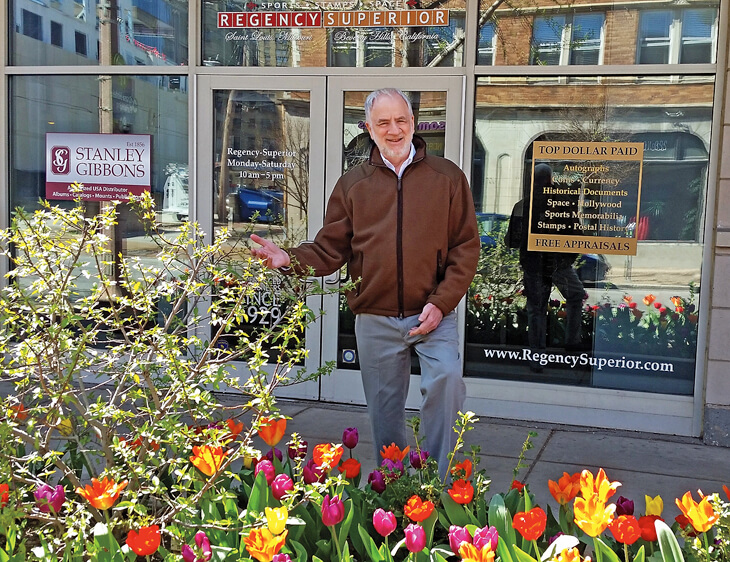 David Kols of Regency-Superior Auctions of St. Louis was recently inducted into the American Stamp Dealer and Collector Hall of Fame.

A stamp collector since childhood, Kols opened a stamp store, Regency Stamps Ltd., in the St. Louis area in 1992.

Kols and his wife Penney then began organizing a major stamp show to be held in St. Louis. The first St. Louis Stamp Expo took place in 1993, and in 1997 it became an American Philatelic Society accredited national exhibition.

The announcement by Randy Neil about Kols’ induction into the hall of fame said: “A computer-savvy businessman whose previous career allowed him to get hold of a lifetime dream of being a philatelic professional and make it almost an instant success, David was bound and determined in the early 1990s to put some new life into the stamp collecting community of a city that once was deeply involved in mainstream philately and needed to be again.”

In 2002, Kols purchased Superior Stamp and Coin of Los Angeles and renamed it Regency-Superior. One of the nation’s leading auctioneers, Regency-Superior specializes in the sale of classic postage stamps and postal history, coins and currency, sports, space, and Hollywood memorabilia.