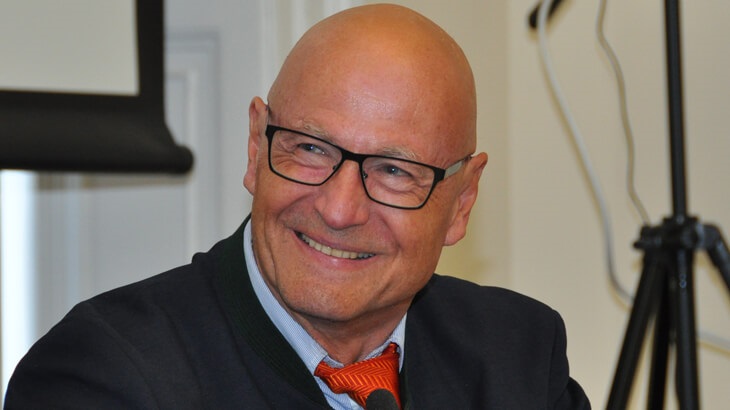 Arnim Knapp gave a presentation on the Franco envelopes of the royal postal service of Saxony May 5 at the Royal Philatelic Society London.

The “Franco” envelopes of the Royal postal service of Saxony from 1859 to 1865 was the subject of a display and presentation given by Arnim Knapp to the members of the Royal Philatelic Society London on May 5.

The presentation was in three sections, providing a background to the introduction of stationery to Saxony; explaining the production techniques used; and providing many fine examples of usage. It has been a “privilege to see” this material, remarked Robin Pizer, giving the vote of thanks.

Arnim explained that much of the inspiration came from the postal stationery issued by Great Britain on Feb. 10, 1841. However, despite preparatory work and trials produced, the Royal Treasury did not approve the plans. It was public demand that led to the eventual release of the stationery on July 1, 1859. Interestingly, the colors chosen for the two lowest values, 1ngr and 2ngr, were the same as British 1d and 2d values.

The postal stationery was withdrawn, and lost its postal validity, on December 31, 1867, when the Saxony postal authority ceased to exist.

Those wishing to visit the Royal Philatelic Society London at 41 Devonshire Place, London W1G 6JY, or be a guest at one of its meetings, are asked to contact the Administrative Office (020 7486 1044).