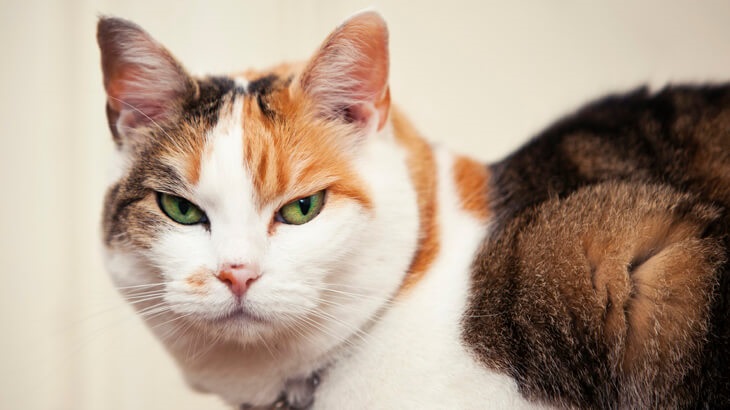 The Royal Mail has alerted a customer that his "threatening" cat has been making deliveries difficult for their staff. (Getty Image)

Bella, the housecat of a man who lives in a town near Bristol, UK, has created a bit of a disturbance. At least for Royal Mail employees.

According to The Guardian, Bella's owner has received a letter saying that his beloved cat is considered a “potential hazard” and a “threat” to staff members who deliver mail to the home, and Royal Mail has threatened to suspend service to the house if the situation does not change.

“The postman had reported that when he pushed mail through the letterbox, ‘a black and white cat snatches the mail and puts his fingers at risk of injury,’ ” The Guardian reports.

A spokeswoman from Royal Mail released a statement saying that if the postal service feels any pet creates a risk for their staff members, they’re committed to working it out with the customer.

Get the full story here.

“Brigham’s Small Queens won multiple awards at the national and international level when he exhibited them,” Healey writes, “showcasing not just the stamps themselves but essays, proofs, errors, varieties, and postal history that illustrates how the stamps were used.”

One stamp from the notable collection topped $25,000.

3. Angry Birds of the UN

After being appointed an honorary United Nations ambassador, Red, the head honcho from the popular phone game turned movie, Angry Birds, now has his own stamp.

He and a few of his friends are on the 10-stamp pane that was issued April 22 in New York City.

5. Here are some interesting stories that we've published in the last few days: