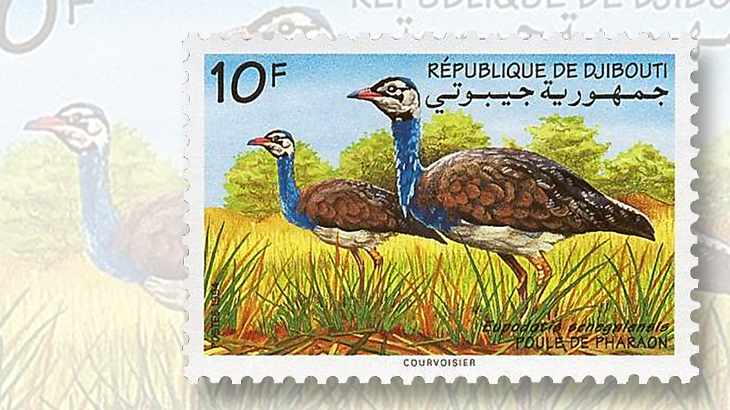 Early in the 20th century, many of Europe’s micronations discovered that they could enhance their revenue by producing postage stamps primarily for sale to collectors. This resulted in a great deal more stamps being produced for these countries than was strictly necessary for postal use.

The old global empires began to break down after World War II. As more countries emerged as independent nations, many followed the postage-stamp kingdoms’ precedent by producing colorful topical stamps, primarily for sale to collectors.

Djibouti has taken the opposite tack. Many of its issues have only been produced in very low numbers and without being advertised to dealers, collectors, or catalog editors. This has resulted in quite a few modern-to-recent issues with very high catalog values and an active-to-frenetic aftermarket.

Peruse the listings for Djibouti in the 2016 Scott Standard Postage Stamp Catalogue, and you will see many stamps issued since about 1992 with catalog values ranging from $25 to $180 or more. You will also find many issues without values in mint never-hinged condition, used condition, or both, indicating that they are scarce to nonexistent in dealers’ stocks.

A good example is the 10-franc Eupodotis Senegalensis stamp (Scott 730) issued June 16, 1994. The Scott catalog values the stamp at $180 in mint never-hinged condition. The stamp is not valued in used condition. At current exchange rates, the stamp’s face value is approximately 6¢. Keep Djibouti in mind as you browse lots, accumulations, and collections at stamp shows and bourses. You might get lucky. — H.G & R.M.

Camels on stamps of the classic era fun to collect
Tip of the week: 1994 Ethiopia Simien Fox set of 20
United States 1879 10¢ Thomas Jefferson stamp: Tip of the Week