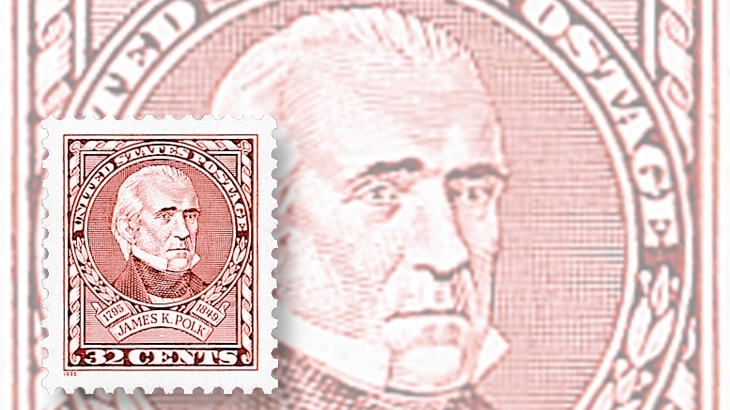 The 11th president of the United States, James Knox Polk, was born Nov. 2, 1795, in Pineville, N.C., very near the state’s southern border with South Carolina.

The oldest child in a family of 10 children, Polk was studious but not sturdy; his health was a matter of continuing concern to his parents.

The Polk family moved to Tennessee in 1806, but Polk returned to his home state in 1816 to study at the University of North Carolina. He became an attorney, and was elected to the Tennessee state legislature in 1823.

Polk was a supporter of Andrew Jackson, the nation’s seventh president, who was elected in 1828 as a member of the newly formed Democratic Party. Polk won a seat in the U.S. House of Representatives in 1833 and became Speaker of the House just two years later, during Jackson’s second term.

He left the House in 1839 to run for governor of Tennessee, but served only one term before losing the next two gubernatorial elections.

In the presidential election of 1844, Polk hoped to be named as the vice presidential candidate, but to nearly everyone’s surprise, the Democrats, divided on the subject of national expansion, chose Polk to run as president. Most believed his opponent, Whig party candidate Henry Clay, would defeat him, but Polk again defied the odds by winning the presidency.

Polk has been described as a successful president for accomplishing the goals he set forth as a candidate, including the acquisition of California from Mexico, and establishing the northern border of the United States.

Stamp collectors owe a debt to President Polk, because it was during his single term in office that the first U.S. postage stamps were issued.

Serving as president took a toll on Polk’s health, and he died just three months after leaving office, on June 15, 1849.