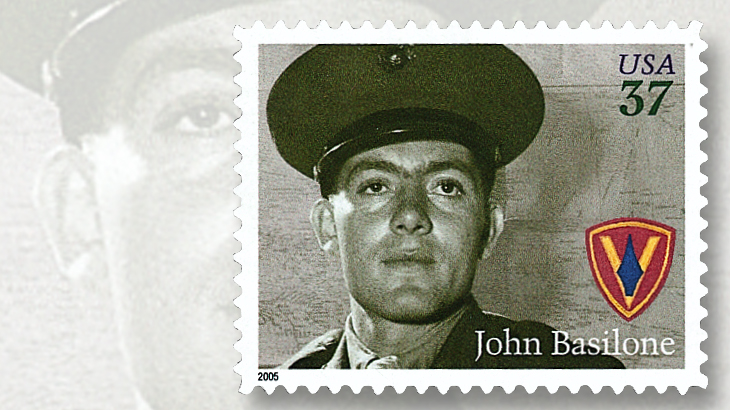 John Basilone, a gunnery sergeant in the United States Marine Corps, was killed at age 28 during World War II at the Battle of Iwo Jima.

Basilone enlisted in the Army at age 18 and served in the Philippines. He was honorably discharged in 1937 after three years of service. After another three years he decided to enlist in the Marine Corps, and received the Medal of Honor for his heroic actions in battle on Guadalcanal.

The citation accompanying his medal reads: “For extraordinary heroism and conspicuous gallantry in action against enemy Japanese forces, above and beyond the call of duty, while serving with the 1st Battalion, 7th Marines, 1st Marine Division in the Lunga Area, Guadalcanal, Solomon Islands, on 24 and 25 October 1942.”

Assigned to promote the sale of war bonds, Basilone asked to be returned to combat, and on Feb. 19, 1945, he took part in the invasion on Iwo Jima. He was posthumously awarded the Navy Cross for his heroic actions during the battle.