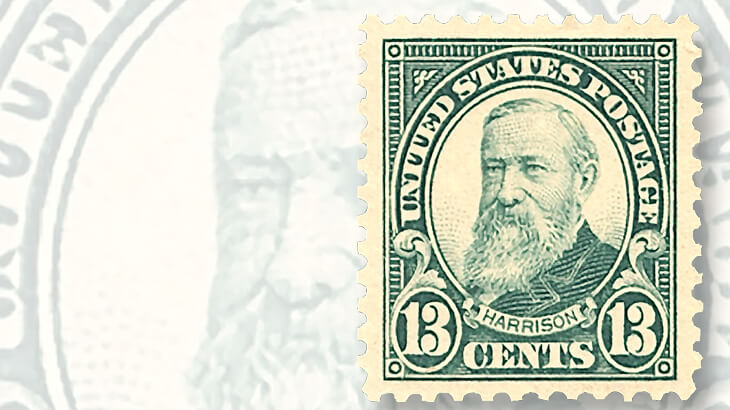 For any Rip Van Winkles who might have just awakened, 2016 was an election year. The election of businessman and TV personality Donald John Trump to be the 45th president of the United States sent shockwaves around the world.

President-elect Trump has some surprising similarities to one of his predecessors, the 23rd president of the United States, Benjamin Harrison.

Both are Republican and Presbyterian, and both defeated a broad field of Republican challengers to secure the nomination. Harrison’s administration saw the McKinley Tariff passed, while Trump ran on reassessing our international trade agreements.

Both Harrison and Trump came in second in the popular vote, but won handily in the Electoral College.

On Jan. 11, 1926, the United States issued a 13¢ green Benjamin Harrison stamp (Scott 622). The 2017 Scott Specialized Catalogue of United States Stamps and Covers values the stamp in mint never-hinged condition at $20. It is a good buy at around $15. A mint never-hinged plate-number block of six is a good buy at around the Scott catalog value of $300.