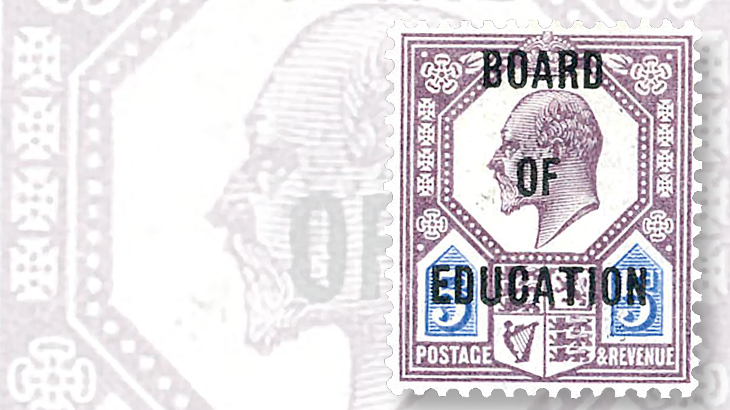 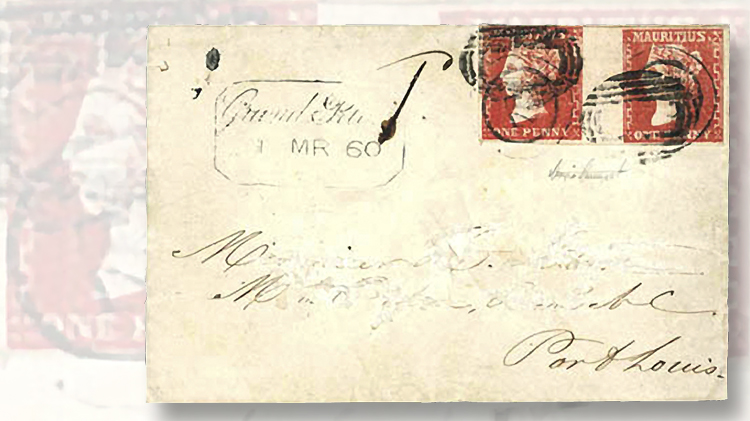 An 1860 local cover from Mauritius franked with a pair of the last locally-produced issue for the colony sold for $14,750 at the Kelleher auction in late September in Danbury, Conn.
Previous
Next

An unused, lightly hinged King Edward VII 5d stamp, overprinted “Board of Education” for use by that official department (Scott O70), went for $41,300, including the 18 percent buyer’s premium added by Kelleher to all lots. The fact that this realization is substantially over the Scott Standard catalog value is a testament both to the attractiveness of this example and the fact that British Official stamps are experiencing a resurgence in popularity.

Kelleher also offered an 1860 local cover from Mauritius franked with a pair of the early 1d stamps known as the Dardenne issue, after the man who printed them by lithography. This was the final locally produced issue for the Indian Ocean colony, before better-quality stamps began arriving from Britain.

The pair paid the 2d rate for a letter delivered locally on the island, although the letter was assessed 1d postage due, noted in manuscript, for the ship captain who carried it from Grand River to Port Louis. Covers with this franking are rare, and some famous collections of Mauritius postal history have lacked such an example.

According to Kelleher, this cover’s provenance includes a sale by J. Walter Scott, stamp dealer and publisher of the detailed price lists that eventually developed into the Scott Standard Postage Stamp Catalogue. The cover sold for $14,750.