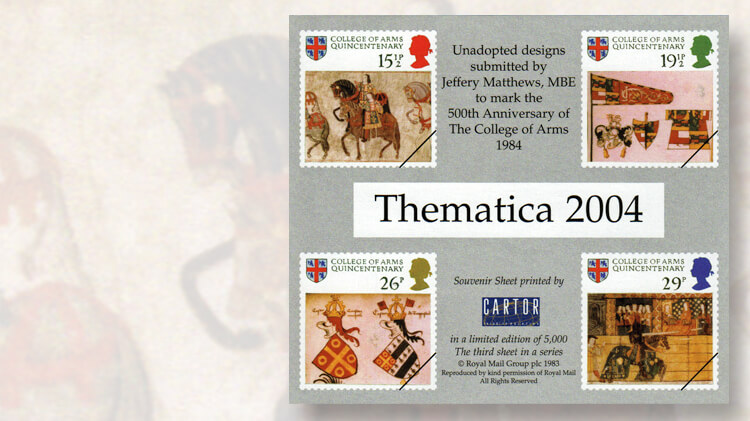 Eight Thematica exhibition souvenir sheets honored the work of designer Jeffery Matthews. Pictured on this sheet are early designs for the 1984 set of stamps marking the 500th anniversary of the College of Arms, the heraldic authority for most of Great Britain and the Commonwealth. 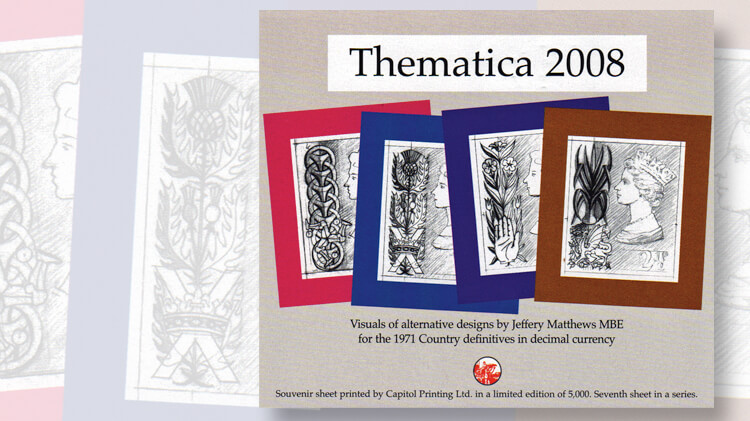 The 2008 Thematica souvenir sheet shows preliminary designs for variations of the Machin definitives to be used in the regions of Great Britain. The designs include symbols for each region on the left side, requiring the denomination to be moved to the lower right. 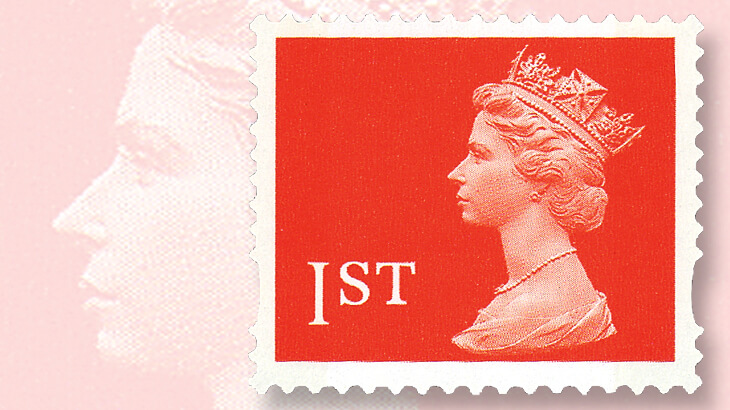 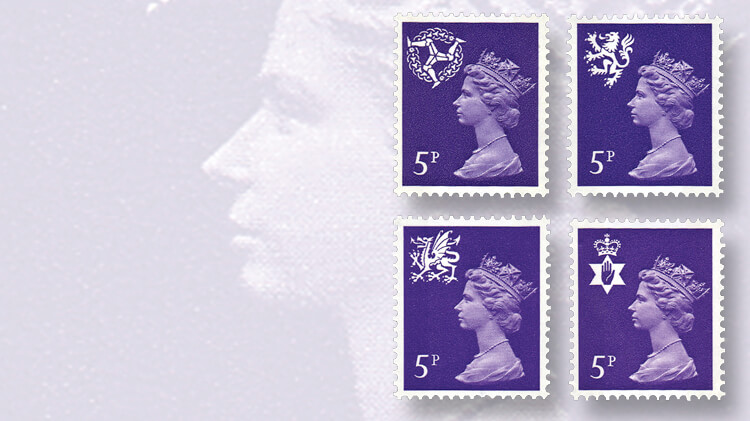 The issued regional stamps were simpler, with a single symbol at the upper left allowing the denomination to remain at lower left. Shown here are regionals for the Isle of Man (Isle of Man Scott 10), Northern Ireland (Great Britain NIMH5), Scotland (SMH5), and Wales (WMMH5). 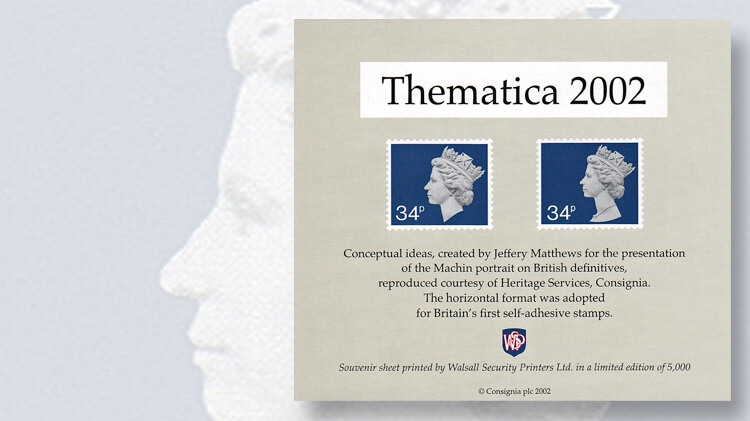 The two stamp designs shown on this Thematica souvenir sheet were part of an effort by Royal Mail in the 1980s to freshen the original Machin design. That effort was abandoned and the original design retained, though a few horizontal Machins were issued for special purposes in the 1990s. 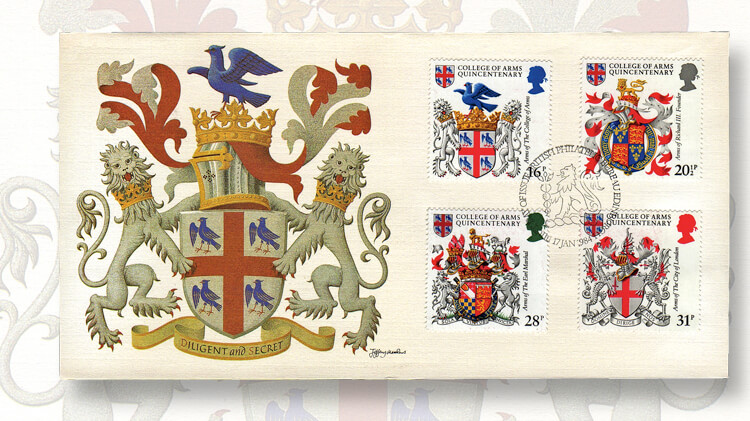